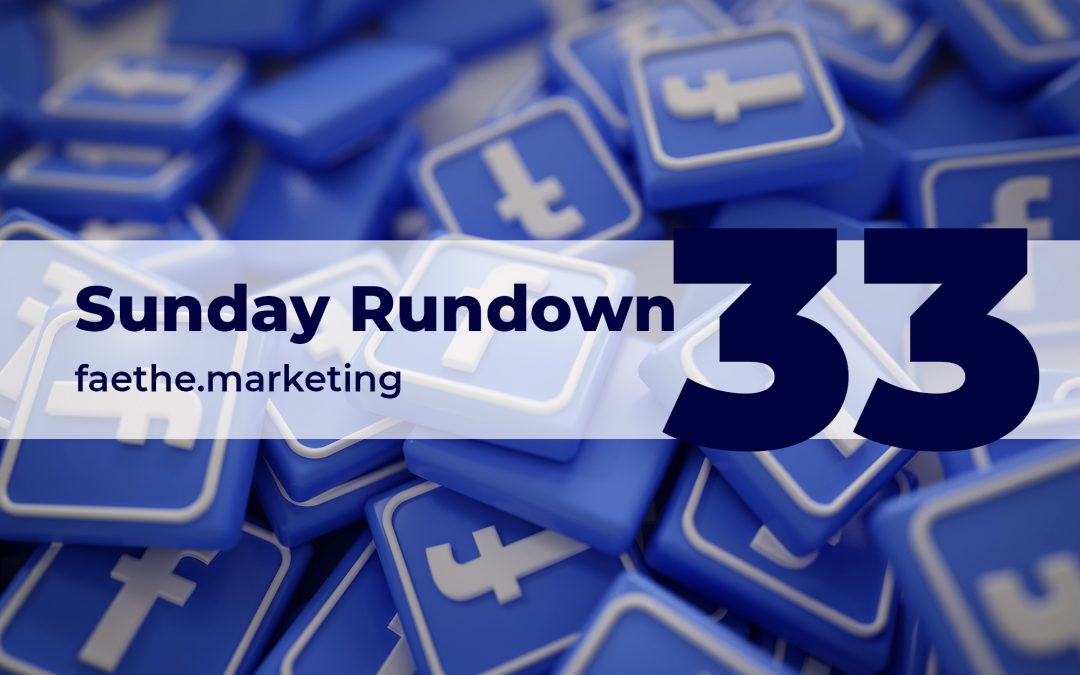 It is a perfect day for reading Sunday Rundown #33 🙂

The North Face has become the first major brand to boycott Facebook on the heels of mounting pressure from civil-rights organizations over the platform’s content-moderation policies and handling of hate speech in the aftermath of George Floyd’s death.

In a tweet saying “We’re in. We’re Out” the clothing company announced it would stop buying Facebook ads in the US in solidarity with organizations including the NAACP, the Anti-Defamation League, and Sleeping Giants. In a follow-up statement, the company says it would also halt paid advertisements on Instagram.

A lot of other big brands, like Ben&Jerry, Patagonia and REI, have also joined the ‘Stop Hate For Profit’ campaign.

President Trump’s campaign promised huge crowds at his rally in Tulsa, Oklahoma, but it failed to deliver. Brad Parscale, the chairman of Trump’s re-election campaign, posted on Twitter on Monday that the campaign had fielded more than a million ticket requests, but reporters at the event noted the attendance was lower than expected. The campaign also canceled planned events outside the rally for an anticipated overflow crowd that did not materialize.

TikTok users and K-Pop fans claimed to have registered potentially hundreds of thousands of tickets as a prank. After the Trump campaign’s official account posted a tweet asking supporters to register for free tickets using their phones on June 11, K-pop fan accounts began sharing the information with followers, encouraging them to register for the rally — and then not show.

Instagram expands its TikTok competitor known as “Reels” to new markets, following its launch last year in Brazil. As of last Wednesday, Instagram is rolling out further access to Reels in France and Germany. This will allow users to record short, 15-second video clips set to music or other audio, then share them on the platform where they have the potential to go viral.

The Reels feature is similar to TikTok in that it presents a set of editing tools that make it easier to film creative videos. At launch, for example, Reels offered a countdown timer, the ability to adjust the video’s speed and other effects. The company learned from its early tests in Brazil and has since rethought key aspects to the Reels experience.

Google has quietly announced a content discovery service called Keen. Keen is a machine learning app that actively promotes relevant web pages to users. It is poised to become a new source of referral traffic, which makes it worthy of investigation.

Keen is being referred to as a Pinterest competitor but that’s not entirely accurate. What sets Keen apart from Pinterest is that Keen uses Google Search and machine learning to help surface content that is related to your interest.

Thanks for taking the time to read our Sunday Rundown #33. If you have a story that you want to see in this series, reply to us below or contact us.