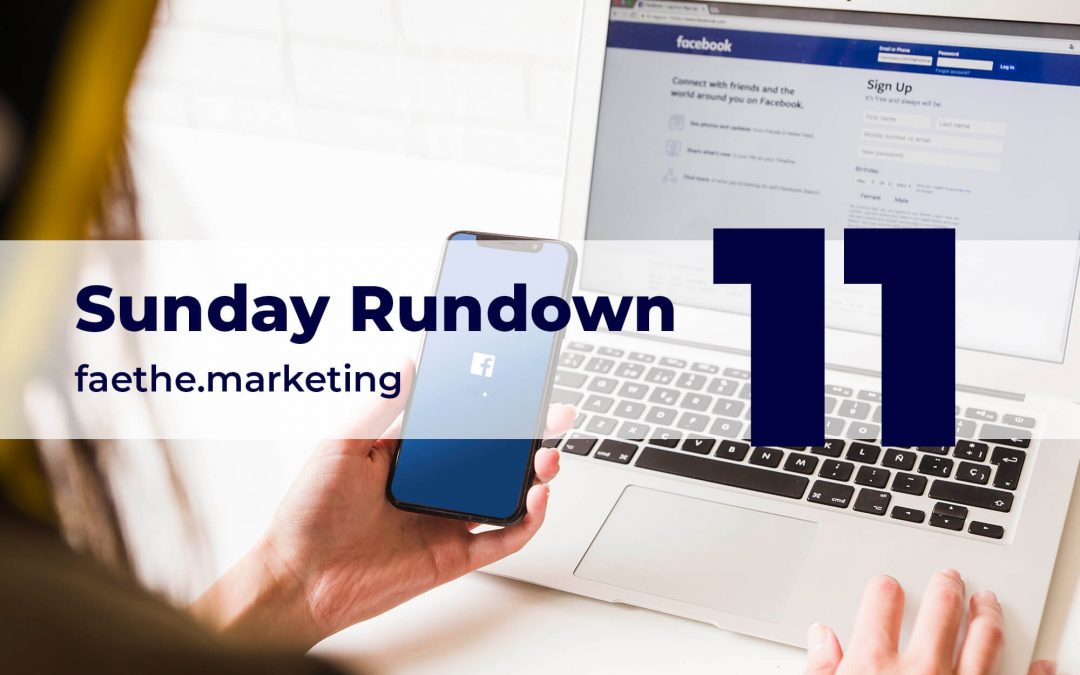 It is the end of the week and you know what that means.. Time for news and updates from the digital marketing world in our Sunday Rundown #11!

Our headliner for Sunday Rundown #11 is about WT Social, a new social media platform.

Are you fed up with Facebook? WT Social is a new social media platform that promises not to spam you with ads or sell your user data. It is created by Wikipedia co-founder Jimmy Wales.

“I’ve come to the conclusion that the biggest problem driving low quality media is that it has been purely advertising supported, and that the social networks which provide so much distribution are also purely advertising supported,” he wrote in a blog post. “Facebook, Twitter and other social networks make revenue based on how long you stay on their site looking at and clicking on advertising. Engagement is prioritized over quality.”

Ever since WT Social launched in October, more than 160,000 people have signed up. The platform is free to join, but new users are put on a wait-list, which can be instantly bypassed if you donate money. WT Social is a reboot of WikiTribune and hopes to survive only on donations.

Remember me talking about Instagram turning into TikTok two months ago? Let me add to that conversation with Instagram’s new ‘Reels’ mode. The mode will enable users to create short videos which can be shared and remixed. Sooo, basically TikTok.. Users can also add music and there is a range of creative editing options.

The new mode, which will initially only be available to users in Brazil, will be available within the Stories Camera.

The option to hide replies is available to all Twitter users

After months of testing, Twitter users everywhere will now have the ability to hide replies to their tweets. Rather than delete an inappropriate or offensive message forever, the new option allows you to curate the conversation. Other people can still see the responses to your tweets by tapping on the grey icon that appears after hiding a reply.

The feature is available on both the main and Twitter Lite mobile apps, as well as on the web.

In September, YouTube reached a settlement with the Federal Trade Commission over its violation of the Children’s Online Privacy Protection Act (COPPA), which required it to pay a $170 million fine and set into place a series of new rules for creators to comply with. In detail, these rules require creators to mark videos with kids content (or entire channels, if need be.). This, in turn, will limit data collection, put an end to personalised ads on kids’ content, disable comments and reduce their revenues, creators say.

The last news on our Sunday Rundown #11 is about a recent bug in iPhone devices that affects security and privacy.

The issue only occurs if you have given the Facebook app access to your camera. If not, it appears the Facebook app tries to access it, but iOS blocks the attempt. Facebook came out with a statement saying that it is a bug and they are working on fixing it.

Thanks for taking the time to read our Sunday Rundown #11. If you have a story that you want covered in this series, reply to us below.