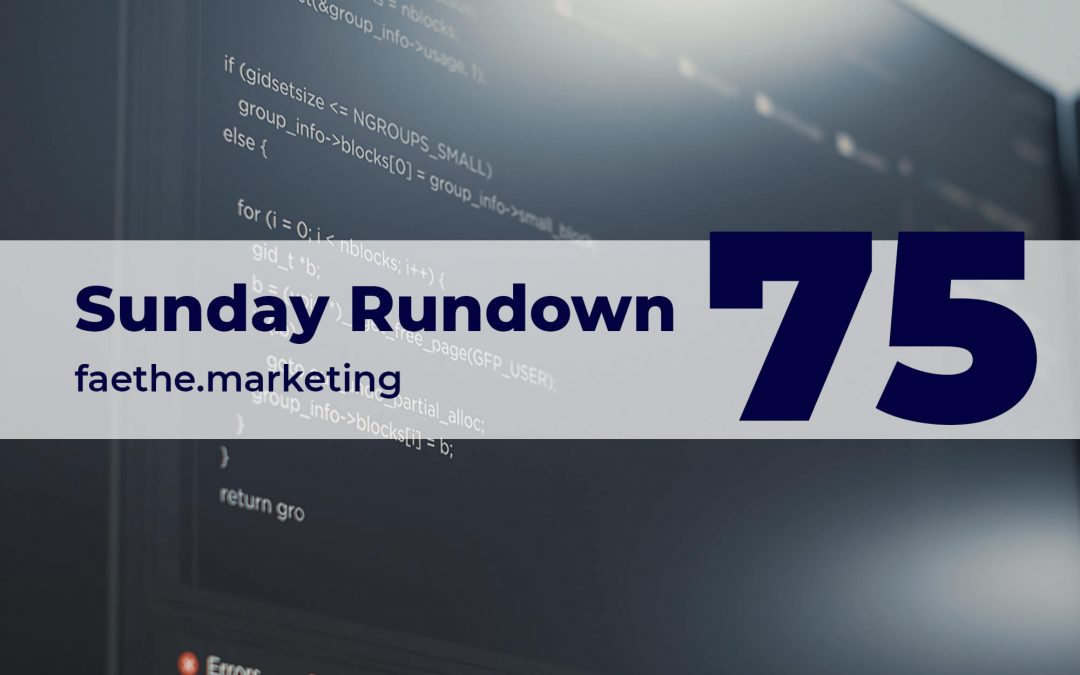 Hey, it’s Sunday again! Do you know what that means? We got Sunday Rundown #75 ready for you 🙂

Six weeks on from Elon Musk’s $44 billion Twitter takeover, few words can fully encapsulate events as they have unfolded in the period since. “Chaotic” or “farcical” come pretty close, though, with mass layoffs, u-turns, ultimatums, resignations, crowdsourced ban-reversals, advertiser standoffs, picking fights with Apple, and a revamped verification system that has everyone and their uncle confused.

Even before procuring a 9.2% stake in Twitter back in April, Musk openly posited that Twitter’s recommendation algorithm should be open source. When Twitter later accepted his offer to buy the company outright, Musk doubled down on that notion, saying in his inaugural statement that he wanted to make Twitter “better than ever,” which included “making the algorithms open source to increase trust.”

Twitter had in fact previously committed to open-sourcing at least one of its algorithms following controversy over racial bias that was seemingly embedded into its image-cropping tech. That never quite materialized, but the fact that its ML Ethics, Transparency and Accountability (META) team is now pretty much defunct means that it could be a while before a similar program emerges from Twitter.

Apple is planning to let users install alternative app stores on iOS, according to a report from Bloomberg. The shift would be a remarkable change from the company, which has famously only allowed iPhone and iPad users to download apps from the App Store.

The plans are reportedly being spurred on by the EU’s Digital Markets Act (DMA), which is meant to enact “rules for digital gatekeepers to ensure open markets” when its restrictions become a requirement in 2024, according to a press release.

The law means that Apple will not only have to allow third-party app stores but sideloading as well, where users can install software downloaded from the web. Apple executives have previously called the ability to sideload software “a cybercriminal’s best friend” in response to the act.

Young users are increasingly turning to TikTok for news

Amid ongoing concerns about its data-gathering processes, and its possible linkage to the Chinese Government, TikTok’s influence continues to grow, with the platform now a key source of entertainment for many of its billion active users.

And now, TikTok is also becoming a source of news and information, as more news organisations look to lean into the platform and establish connections with the next generation of consumers.

Thank you for taking the time to read our Sunday Rundown #75. If you have a story that you want to see in this series, reply to us below or contact us.