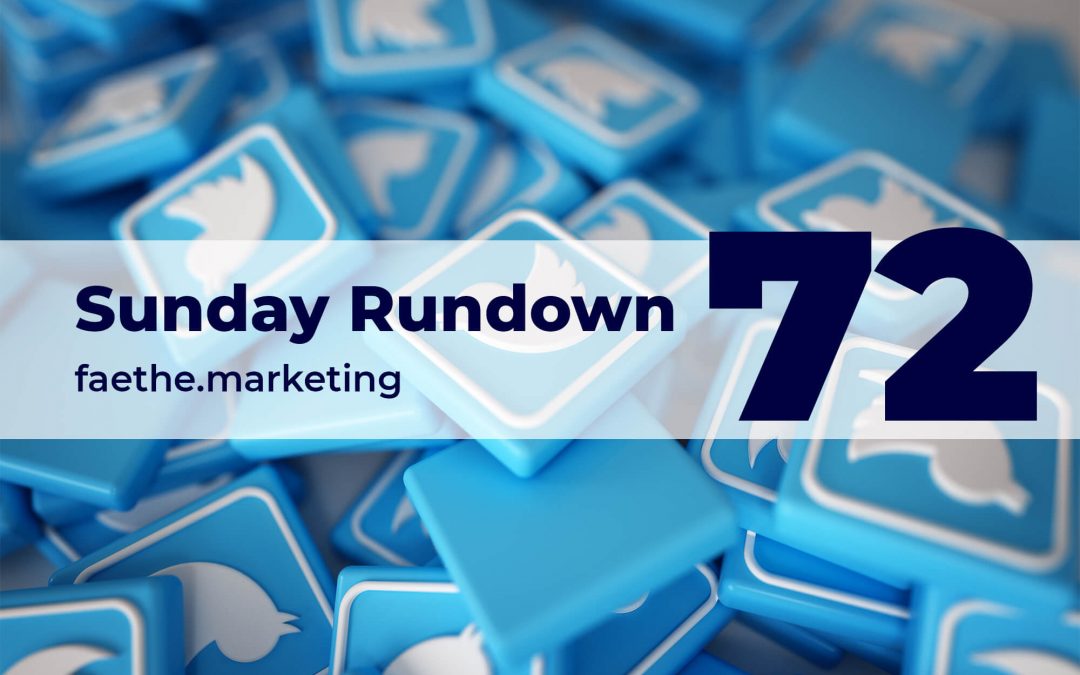 Even though we want to feel like every day is Sunday, today is true because we have a new Sunday Rundown #72 🙂

The news that Elon Musk convinced Twitter to sell itself was undoubtedly one of the most important events of the year. The drama surrounding the whole process did not leave us out, and from the very beginning, the story received even more attention because of Musk’s behaviour. After the idea that he made an offer to buy the company went public, various (un)verified facts spread about how much Twitter is really worth. At one point, the company had a reaction that the offered $54.20 per share was far below the market value of the platform, and already at another $44 billion was more than welcome for Twitter to settle in Musk’s empire.

When did the real drama happen? Throughout the process of negotiations and communication with the public, Musk repeatedly tweeted about whether this option to buy Twitter was definitive and final. The tensions on both sides were put on a public platter as Musk didn’t miss an opportunity to air any misgivings he had about the company’s purchase publicly.

What followed as a result was – Twitter’s shares plummeted on the stock market. Now the shares of the platform are $40. And naturally, this makes the Twitter boys very angry.

A group of stakeholders has prepared a lawsuit against the tech guru because they believe that his behaviour deliberately lowered the value of Twitter’s shares in order to get a better offer than the one already agreed upon in April or to have a valid reason to withdraw.

TikTok announced last week that it is launching a new product called “Branded Mission” that will allow content creators to connect with brands and potentially receive rewards for videos. The goal of this product is to maximise the potential of the platform with the mutual benefit of both creators and brands.

Sometimes it would work something like this: Advertisers/brands can launch branded campaigns and encourage creators to participate in them. Brands can develop a short brief and deliver it to the community of creators, encouraging them to participate in so-called branded missions.

Creators can then decide which branded missions they want to participate in. Creators who are at least 18 years old and have at least 1,000 followers would be eligible to participate. TikTok says creators whose videos are selected by brands “will benefit financially as well as increased traffic to their accounts.” On each branded mission page, creators will be able to see how much money they have the potential to earn.

For now, this product is still in beta and will be available later this year.

Thank you for taking the time to read our Sunday Rundown #72. If you have a story that you want to see in this series, reply to us below or contact us.