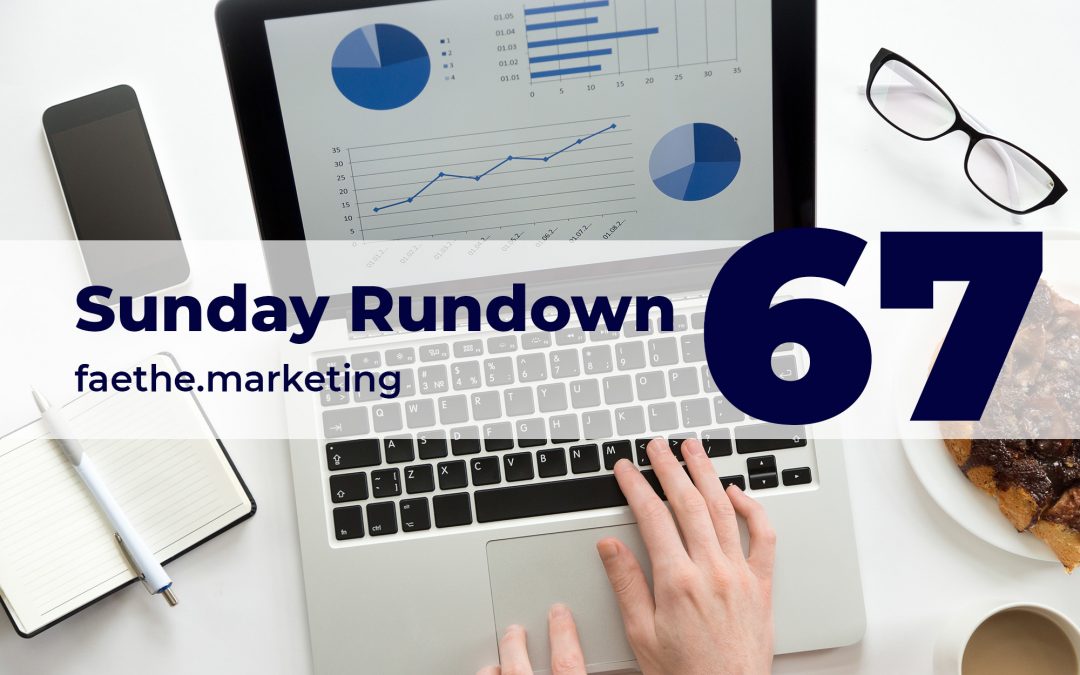 Coming at you on this nice evening with the latest news and updates in our Sunday Rundown #67 🙂 Enjoy!

Facebook Analytics will stop being accessible after June 30, 2021, which gives marketers less than three months to export their data and find other solutions.

Facebook Analytics will no longer be available after June 30, 2021. Until then, you will still be able to access reports, export charts and tables, and explore insights. To export data into a CSV file from Facebook Analytics on your desktop, click the arrow in the top-right corner of each chart or table.

Talking about Facebook… The company is responding to the recent news that data from 533 million accounts leaked online for free, but perhaps not in the way users might have hoped. Facebook does not plan to notify the users whose data was exposed online.

In the dataset, there is apparently a lot of information that you might not want floating around the internet. This information includes birthdays, locations, full names, and phone numbers. So it is disappointing to hear that Facebook does not plan to notify users that might be affected. But says it has “made changes to the contact importer” to stop the scraping.

Apple wants to use AR to make conversations better

Apple CEO Tim Cook rarely provides details on unannounced products, but he offered some hints about Apple’s thinking on augmented reality and cars in an interview with Kara Swisher for The New York Times. When it comes to augmented reality, he agreed with Swisher’s framing that the tech is “critically important” to Apple’s future and said it could be used to enhance conversations.

You and I are having a great conversation right now. Arguably, it could even be better if we were able to augment our discussion with charts or other things to appear,” Cook said. He imagines AR being used in health, education, retail, and gaming. “I’m already seeing AR take off in some of these areas with use of the phone. And I think the promise is even greater in the future.

New ‘Heads Up’ feature for Android

Android’s Digital Wellbeing service is getting a new “Heads Up” feature, which will prompt users to stop staring at their phones while walking.

If you’re walking while using your phone, get a reminder to focus on what’s around you,” says the Heads Up setup page. The reminders include brief notifications with instructions like “Watch your step,” “Stay alert,” and “Look up“.

“Use with caution. Heads Up doesn’t replace paying attention,” says Google despite the obviousness of such advice. Nevertheless, the feature seems necessary with distracted walking becoming increasingly dangerous.

Older people are using TikTok, too

While TikTok is primarily the domain of younger audiences, older users are also becoming increasingly active on the platform, according to recently published insight from TikTok.

The numbers still show that TikTok is overwhelmingly used by younger audiences, so the reach to these groups may not be as significant as other platforms. But there is also an audience crossover which could be a valuable consideration for marketers, with short product recommendation clips like this doing very well in the app.

There could be new opportunities – and with TikTok poised to hit a billion users in 2021, rivalling Instagram, it is looking like becoming a more important platform moving forward.

Thanks for taking the time to read our Sunday Rundown #67. If you have a story that you want to see in this series, reply to us below or contact us.