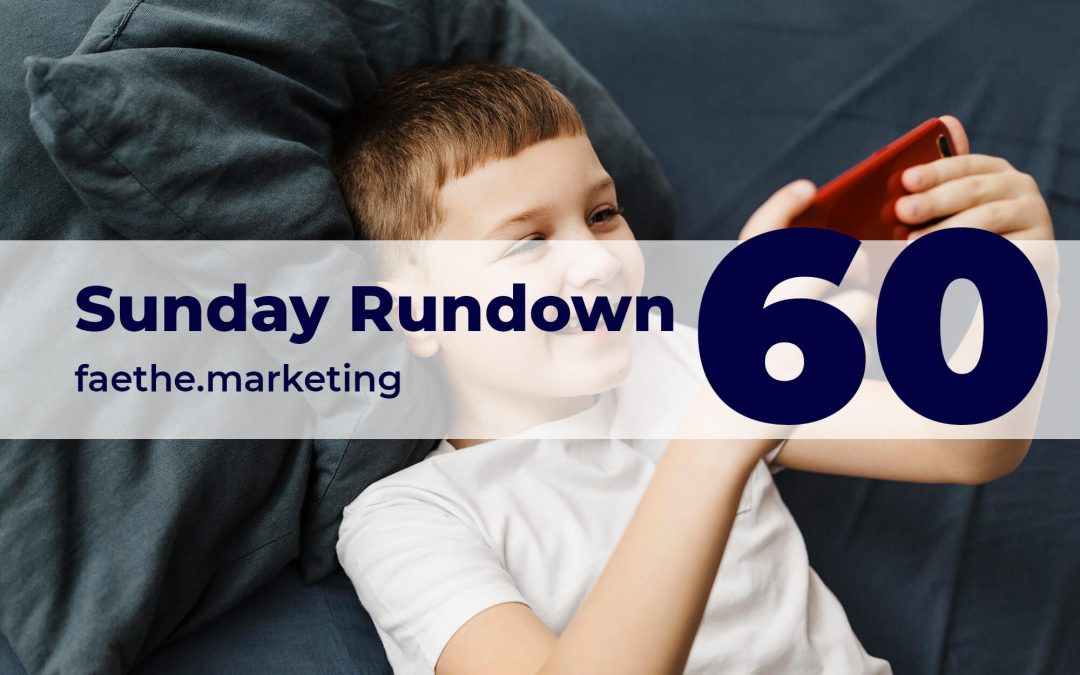 Grab your drink of choice and join us for Sunday Rundown #60!

Children on TikTok will face “groundbreaking” new restrictions in an attempt to prevent grooming on the platform.

The platform, which has a lower age limit of 13, said users under 16 would no longer be able to receive comments from strangers, have their videos used for “duets” or mark their posts as available to be downloaded. Their accounts will default to “private”, which prevents anyone other than friends from viewing their videos.

The company is also changing the default settings across the app for users under 18. Unless they actively change the settings, 16- and 17-year-olds will also have their videos made unavailable for download, and only friends will be able to record duets.

The groundbreaking changes mark the next step in our mission to ensure TikTok is a safe platform for all our users.

TikTok users in the UK almost doubled the time they spent using the app last year, from an average of 10.8 hours a month among Android users in 2019 to 19.6 in 2020, according to research from mobile data and analytics company App Annie’s state of mobile report.

The increase resulted in the short-form video-sharing platform overtaking Facebook. Facebook grew its average hours per month from 14.3 to only 16.6. TikTok is also well ahead on this measure against Facebook’s other three main apps: Instagram, WhatsApp and Facebook Messenger.

Parler, a social media website and app popular with the American far right, has partially returned online with the help of a Russian-owned technology company. The website vanished from the internet when dropped by Amazon Inc’s hosting arm and other partners for poor moderation after its users called for violence and posted videos glorifying the Jan. 6 attack on the U.S. Capitol.

On Monday, Parler’s website was reachable again, though only with a message from its chief executive saying he was working to restore functionality. The internet protocol address it used is owned by DDos-Guard, which is controlled by two Russian men and provides services including protection from distributed denial of service attacks.

If the website is fully restored, Parler users would be able to see and post comments. Most users prefer the app, however, which remains banned from the official Apple Inc and Google stores.

Whopper to the future

The kings of marketing, Burger King, are back with yet another super cool campaign. They added a new option in their app that lets you schedule a delivery. Nothing new, right? But the way they marketed that? Genius. They made a video titled “Whopper To The Future” and they positioned it as time travel.

Thanks for taking the time to read our Sunday Rundown #60. If you have a story that you want to see in this series, reply to us below or contact us.