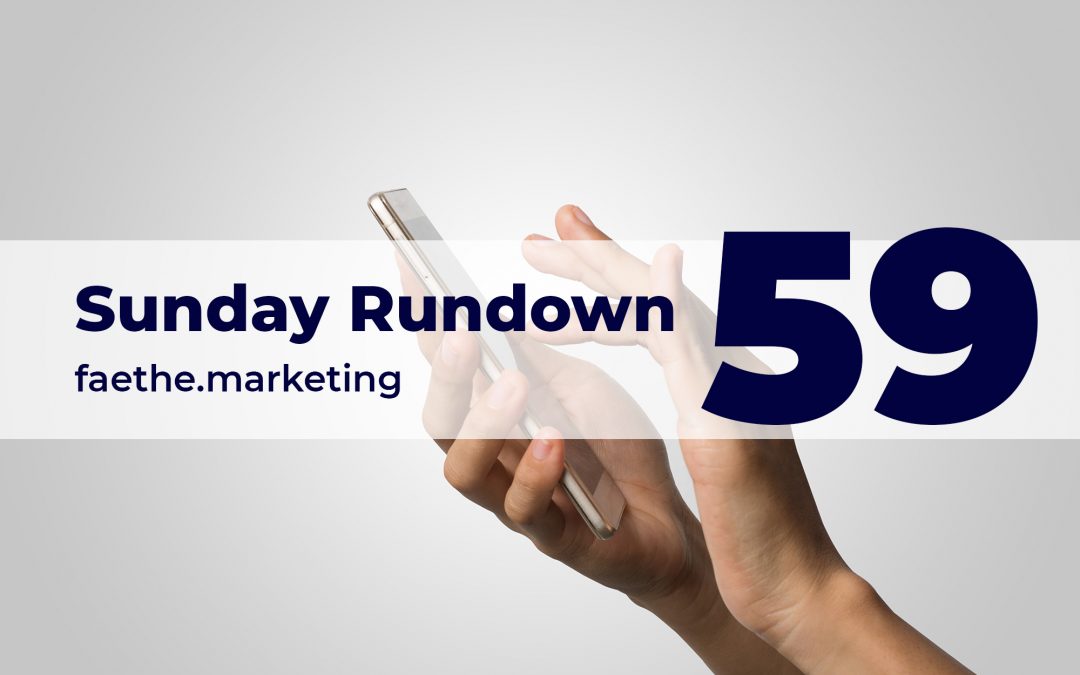 We hope you are having a good start to 2021! We are back with Sunday Rundown #59 to let you know about the latest news from the digital world.

WhatsApp has told its 2 billion+ users that they must agree to share their data with Facebook in order to keep using the service. Users get an alert to the controversial change to WhatsApp’s privacy policy via an in-app notification that asks them to agree to share personal data, including their phone number, with Facebook.

Those who don’t accept the revamped privacy policy by February 8 will no longer be able to use the app.

Signal and Telegram took advantage of the whole situation

On the other side of this drama is the wealthiest man in the world – Elon Musk. He openly criticizes Facebook, the latest being that the social network is to blame in organising the Capitol Hill riot.

Elon Musk tweet to his more than 42 million followers to “Use Signal”, without mentioning Facebook or WhatsApp. Signal is now no. 1 in App Store. Telegram is second with 25 million new users in the last 72 hours.

It is “no longer acceptable” for social media giants to take key decisions on online content removals alone, following the high profile takedowns of US President Trump’s accounts on Facebook and Twitter. Trump’s accounts have been suspended by the two platforms for inciting calls to violence ahead of the violent riots that hit Washington’s Capitol Hill last week.

Freedom of expression is really a key value in this

Instagram is testing out a new format for the display of Stories on the desktop version of the platform, which is designed to make it easier to scroll through the various Stories from the profiles you follow on the bigger screen. An Instagram spokesperson has confirmed the new desktop Stories test, which is now available to a small group of users. No word on a broader roll-out at this stage.

Thanks for taking the time to read our Sunday Rundown #59. If you have a story that you want to see in this series, reply to us below or contact us.