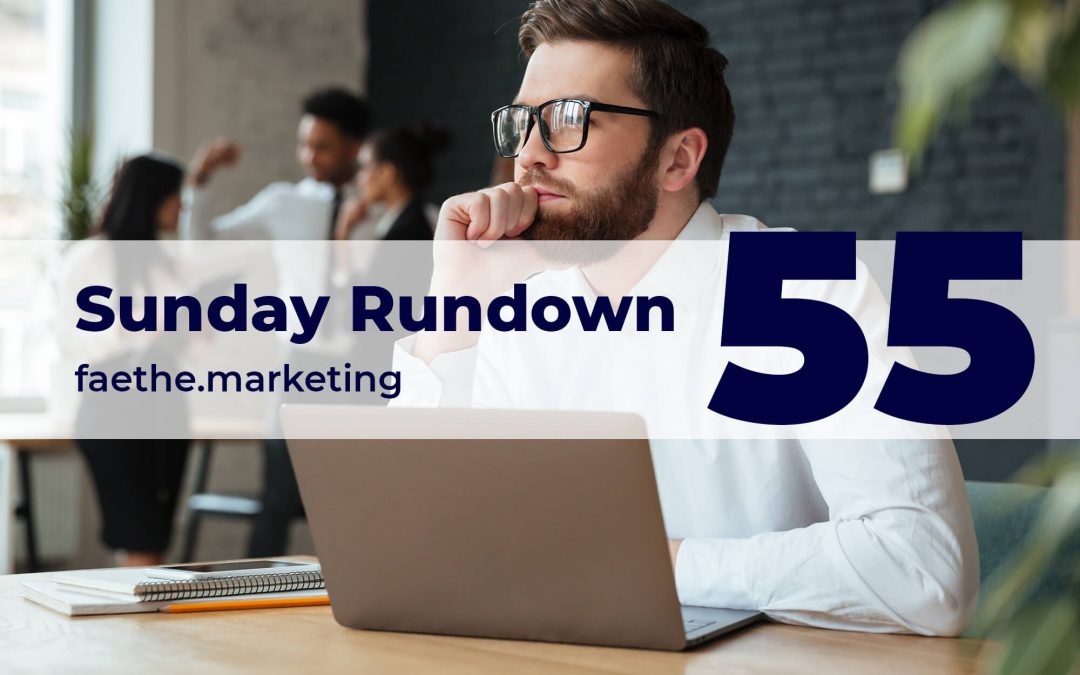 Enjoy your Sunday Rundown #55 with a cup of warm drink and the latest news, this time in a short edition.

The psychology of user decisions

We like to apply labels to users: they are irrational, lazy, unpredictable, and so on. To some extent that may be true—we are not machines. But research shows that users actually make decisions based on a set of predictable subconscious patterns. To create satisfying digital experiences, UX designers should be aware of—and support—these cognitive habits.

Learn more about the psychology of user decisions.

Facebook has had to ‘fess up to yet another major ad reporting fail. This one looks like it could be costly for the tech giant to put right — not least because it is another dent in its reputation for self-reporting. AdExchanger reported on the code error last week with Facebook’s free “conversion lift” tool, which it said affected several thousand advertisers.

The discovery of the flaw has since led the tech giant to offer some advertisers millions of dollars in credits, per reports this week, to compensate for miscalculating the number of sales derived from ad impressions (which is, in turn, likely to have influenced how much advertisers spent on its digital snake oil).

Thanks for taking the time to read our Sunday Rundown #55. If you have a story that you want to see in this series, reply to us below or contact us.