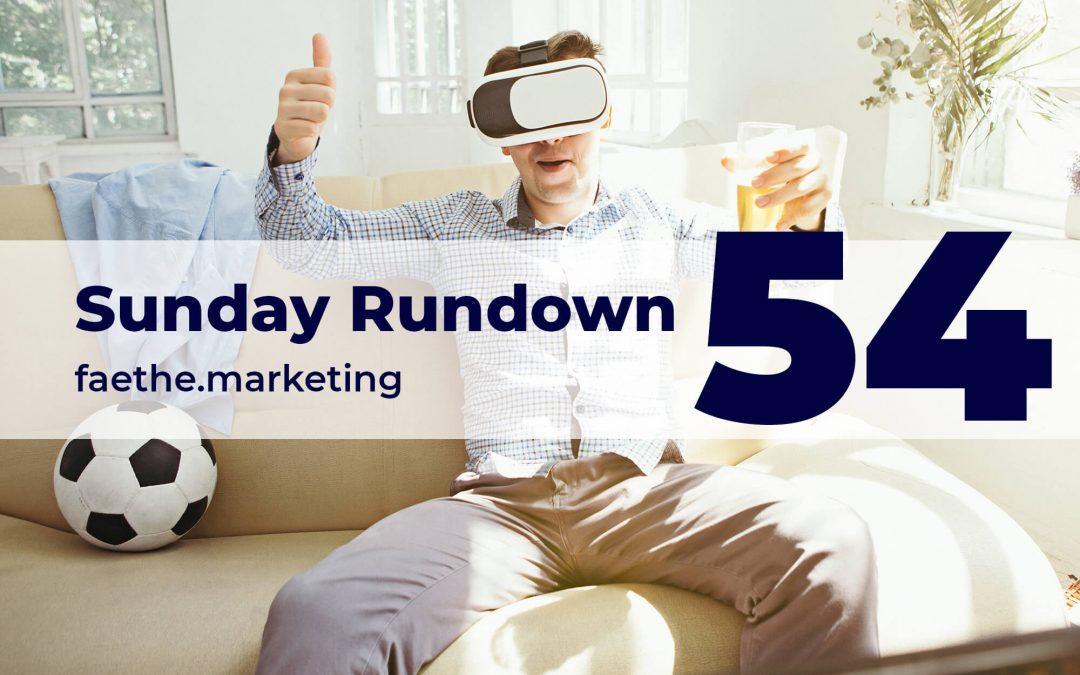 The busiest season of the year has started meaning brands are in “holiday panic” when it comes to new campaigns. Despite the fact that this year we will have to accept the “new normal” way of experiencing the holidays, I am pretty sure that brands will still try to lift everyone’s spirit with new cool and crazy campaigns. Get ready for Sunday Rundown #54 🙂

Bud Light, the beer brand produced by Anheuser-Busch, has created a video game console. It is called the BL6, and yes, it will keep two of your beers cold. With 16 gigabytes of memory, it includes six games among which Tekken 7 and Soulcalibur VI. It has a built-in Asus projector and is in the form of a six-pack of beer.

After adding disappearing messages for WhatsApp last week, which auto-erase after 7 days, Facebook has announced a new ‘Vanish Mode’ for Messenger, which will see your messages disappear as soon as you leave the chat. Vanish Mode sees your messages auto-erase after you leave the discussion, so you can share more intimate, in-the-moment content, without the concern of it coming back to haunt you at another time.

In many cases, the person writing the brief does not have a massive amount of digital experience, or at the very least, does not have a lot of experience in the field. At best this means that any brief they write turns into a wishlist of functionality they think they need either now or in the future. At worst, it means they write a brief for something that they do not need at all!

Read more on what Paul Boag has to say about ignoring the client’s brief.

Thanks for taking the time to read our Sunday Rundown #54. If you have a story that you want to see in this series, reply to us below or contact us.