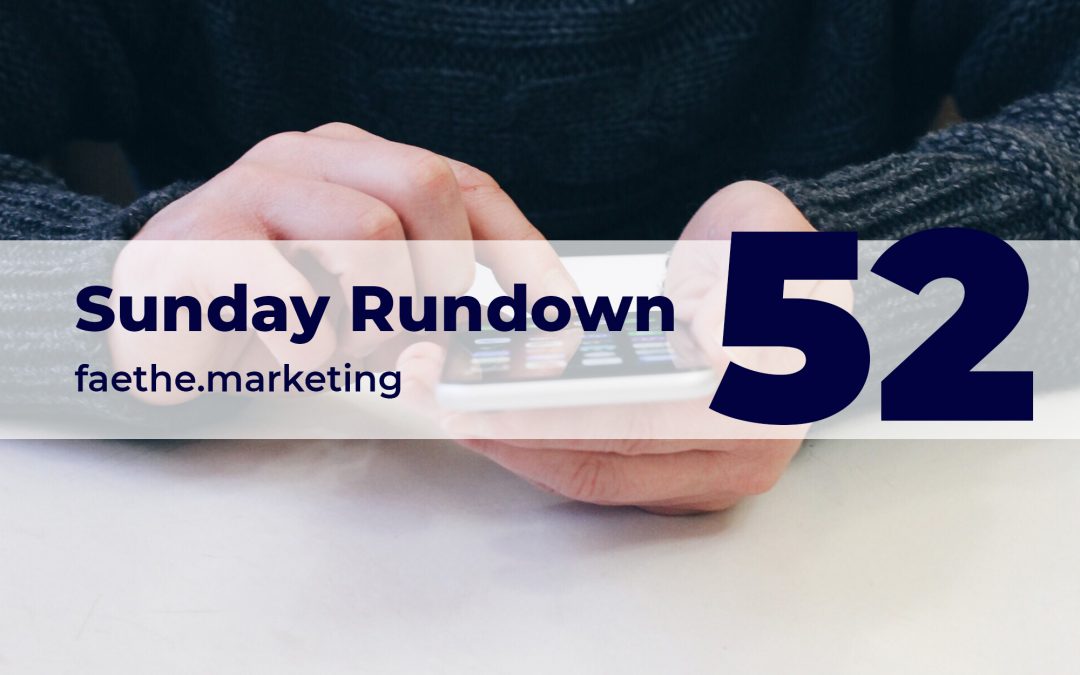 A bit of a late night, but not too late to read the latest updates from our Sunday Rundown #52 🙂

Apple is taking on Google with its own search engine

Google’s dominance of the search engine landscape could be under threat. That is because Apple is ramping up its own search engine. This comes just as the company faces intense scrutiny from antitrust authorities, who are also threatening to curb the search leader’s grip on the industry.

The company hired Google’s head of search, John Giannnandrea, two years ago. He has been openly recruiting search engineers since. Now Apple has a “credible team” to “build a more general search engine”. There are signs that the search engine may already be operational.

What is TikTok’s secret?

TikTok’s strange, unprecedented twists and turns take place against the backdrop of significant changes to social media itself, as it evolves from a medium for sharing into a one-to-many broadcast medium for the digital age. The secret lies in the instant access to a bigger, massive public.

TikTok represents a departure from older social media platforms that were designed to distribute content more narrowly, to a limited group based on community, geography, or shared interests. And, while entirely different in tone and structure, TikTok is not unlike traditional broadcast media outlets that are also made to widely distribute content to compete for the largest possible audience.

But how can Instagram do that? Right now, it can show individual responses per user, but it’s not clear, exactly, how this new process will, as noted, show viewer Reactions ‘right on their Stories’. It seems like a good addition, but it will be interesting to see it in full action, and how Instagram displays each response on screen.

Thanks for taking the time to read our Sunday Rundown #52. If you have a story that you want to see in this series, reply to us below or contact us.