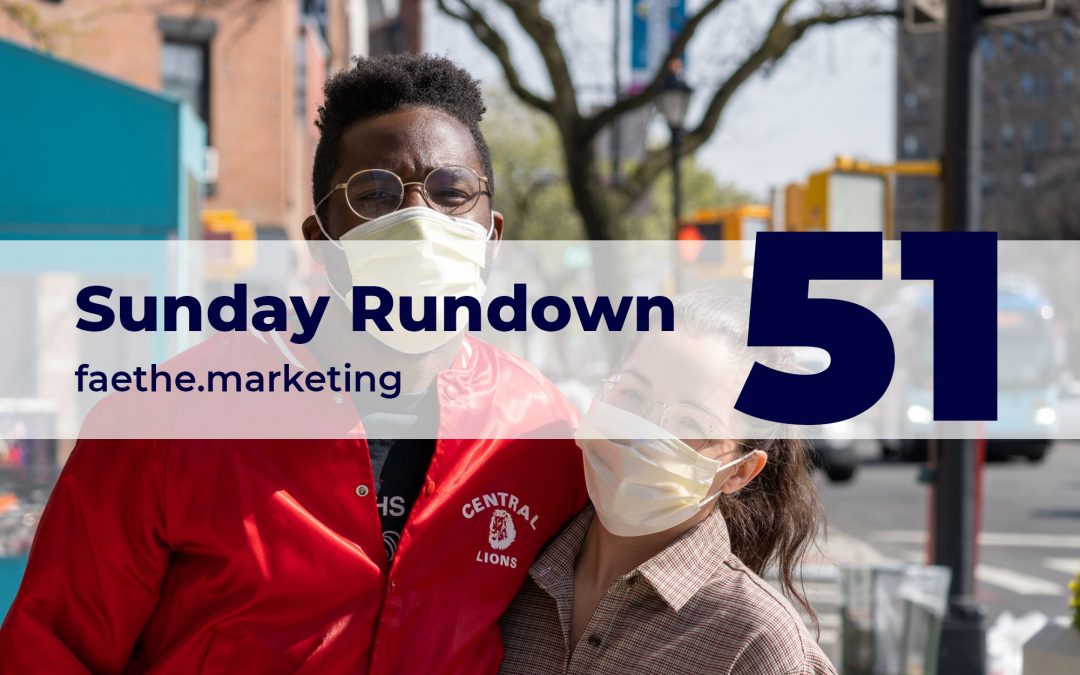 Where do I start today’s Sunday Rundown #51… Halloween, Instagram Stories music, updating the Messenger app or the surprises that Pinterest has for us? It is Friday so let’s put it on shuffle 🙂

How people are connecting during Covid-19

We are starting Sunday Rundown #51 with some interesting reports.

Facebook has published a new report which looks at how our interactive behaviours have shifted during the Covid-19 pandemic, and what that means for consumption and marketing behaviours moving forward. The 23-page report includes insights from consumer behaviour experts Jonathan Freeman and David Birch. It looks at both the ways in which people are currently socializing online, and how consumers are interacting with businesses, and what each might mean for brands moving forward.

Snapchat has published its Friendship Report in which they explain how people are connecting in the digital era. Given how Snapchat’s goal is to better connect young people around the globe by spreading positivity and fun, they handled Covid-19 quite well. According to the reports, a bigger percentage of the participants do not think that their friendships have been at risk due to the pandemic. But we also have the 33% who stated that they felt a difference in communication and even 47% that said their friendships have gotten even better.

Facebook is testing mini social networks on you and your neighbours

Facebook’s next big play could be all about getting to know your neighbours. The company confirmed this week that it is testing a new feature. This feature encourages users to post and share news in miniature social networks focused on small geographical areas. Users can create special profiles that share limited information with their neighbours. Facebook itself will use the detailed location data it collects from those enrolled to serve “more relevant” ads.

The feature Neighborhoods is currently being tested in just a single market, Calgary in Canada. It is likely Facebook will roll out access more widely if the test is a success. Another hyperlocal social network, Nextdoor, has shown the viability of this model and is reportedly seeking an IPO with a valuation of between $4 billion and $5 billion.

Gaming was often considered to be a solitary pastime by outsiders. It has traditionally suffered from the stereotype that it is populated by middle-aged men, alone in their parents’ basements, or pasty teens who are reluctant to get off the sofa into the great outdoors.

However, according to Campaign’s 2020 Global Digital Report, more than four in five internet users around the world play video games every month. This equates to a global gaming community of more than 3.5 billion people if that figure was applied to the total internet user population. Of these, 37% are female. It is not just something for the boys.

While there has been a lot of discussion about gaming as a potential space for brands to play in, this growing sense of community makes it an even trickier prospect. All communities have their own rules and marketers who don’t respect them can expect to be treated harshly. Understanding the way a gaming platform works, its tools and functionalities might be enough for a media buy. But for any creative campaign, you also need an understanding of the people within that community.

With the holiday period fast approaching, and retailers looking to make a big sales push to end a tough year, Pinterest has announced a range of new features designed to help merchants maximize reach and sales in the period. The tools include new ‘storefront’ profiles and a new shopping ad format. The change essentially gives businesses more ways to present their products on the tab. This could help encourage more shopping behaviour.

Thanks for taking the time to read our Sunday Rundown #51. If you have a story that you want to see in this series, reply to us below or contact us.