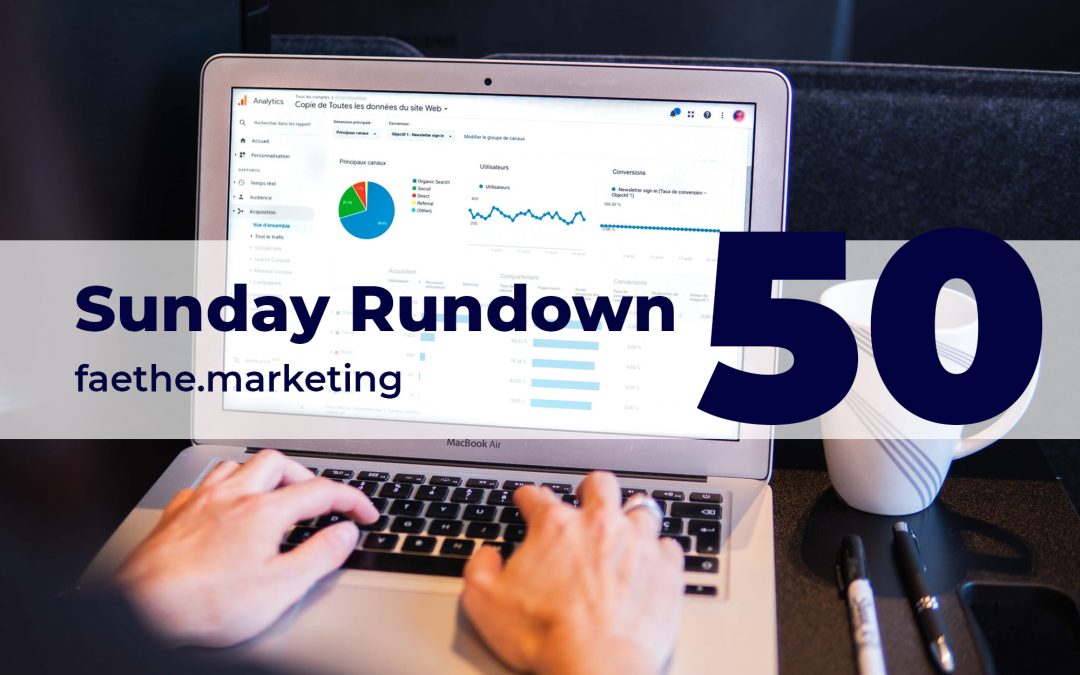 Woo hoo, we have made it to Sunday Rundown #50!!!! Come and see what news from the digital world await you this Sunday. 🙂

Millions of businesses, large and small, rely on Google Analytics to understand customer preferences and create better experiences for them. With more commerce moving online and businesses under increased pressure to make every marketing dollar count, insights from digital analytics tools are even more critical.

To help you get better ROI from your marketing for the long term, Google has created a new, more intelligent Google Analytics that builds on the foundation of the App + Web property. It has machine learning at its core to automatically surface helpful insights and gives you a complete understanding of your customers across devices and platforms. It is privacy-centric by design, so you can rely on Analytics even as industry changes like restrictions on cookies and identifiers create gaps in your data. The new Google Analytics will give you the essential insights you need to be ready for what is next.

Microsoft has built a new AI image-captioning system that described photos more accurately than humans in limited tests. The model has been added to Seeing AI, a free app for people with visual impairments. It uses a smartphone camera to read text, identify people, and describe objects and surroundings. The model can generate “alt text” image descriptions for web pages and documents. This is an important feature for people with a limited vision that’s all-too-often unavailable.

Instagram says it will do more to catch influencers who fail to disclose when they have been paid for their posts. It follows an investigation by a UK watchdog which found the platform was failing to protect consumers from being misled. Instagram will also report users who inadequately label their posts to the businesses whose products they endorse. In the UK, social-media stars have to make clear if they are being paid by a company to promote its business. They often do this by including the hashtag ‘#ad’ in such posts.

Snapchat is finally bringing music to posts. The company updated its app with a new music feature called “Sounds” that allows users to add songs that will play alongside their posts. It is available now to all of Snapchat’s iPhone users (no word yet on Android). The update, which Snap began testing back in August, is similar to Instagram’s music feature: users can browse a selection of songs and add a clip to their snap. When another user opens a snap with music, they can swipe up to learn more about the some or open it in a streaming app.

Videos I plan to watch this weekend

Thanks for taking the time to read our Sunday Rundown #50. If you have a story that you want to see in this series, reply to us below or contact us.