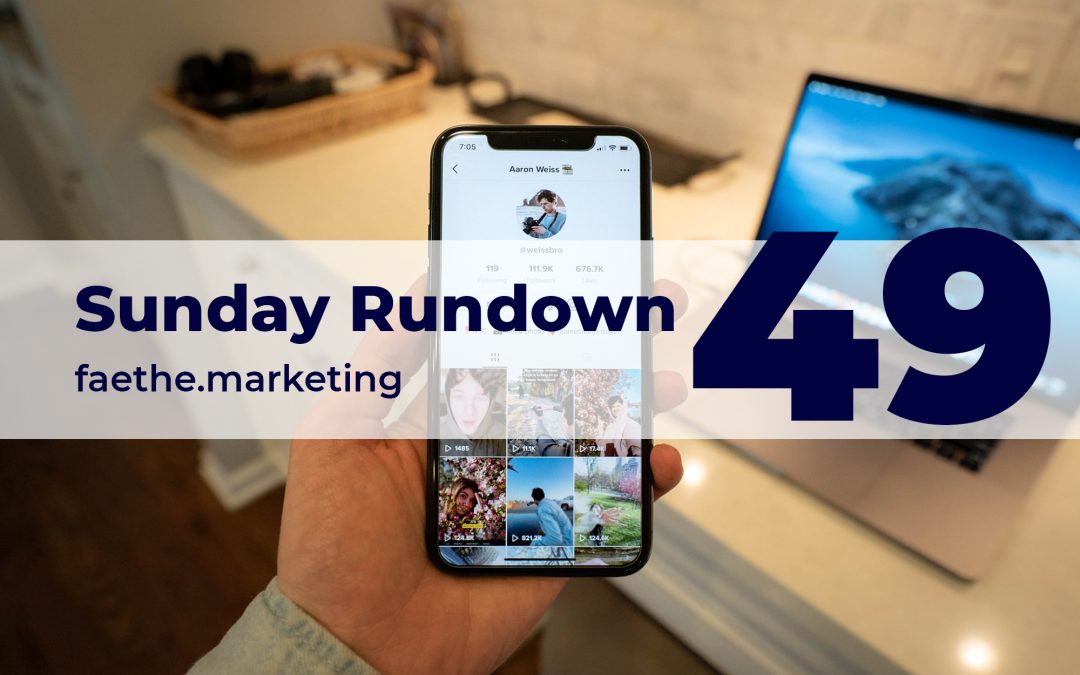 This week has not been all that exciting but still, there are some things worth mentioning. And because we are all obsessed with numbers for a different reason, I will start Sunday Rundown #49 with numbers.

TikTok deal could affect 2021 ad plans for 73% of marketers

TikTok managed to escape the US ban for a bit but it is still under threat if it does not come to an agreement with Oracle and Wallmart by 12th of November. While they are negotiating, marketers are thinking about the strategies that will be influenced with the new agreement. According to the survey by Vancery, 94% of marketers think that there will be changes in product advertisement. While 75% believe that TikTok users will have a different approach to shopping and 38% think there will have to be new product placement.

Bloomberg confirmed that Google is experimenting with new features on YouTube which will turn the platform into a shopping destination. Some of the video creators are already part of this experiment and they can tag products in their videos which can be bought directly on YouTube.

For those of you who have not noticed, take a look at your Messenger tab next time you open it. You will notice that the blue, one-colour logo is replaced with a new, colourful one. The default chat colours have also been changed and there are two new themes and a bunch of new reactions.

Facebook says: The new look reflects a shift to the future of messaging – a more dynamic, fun and integrated way to hang out with your favorite people, on your favorite apps and devices.

Medium with (yet another) new logo

Medium has been playing a game of rebranding and so they decided to change their logo for the third time in a span of five years with a new colour palette and illustration style. Even though the new illustration style looks elegant and sophisticated, the new logo has users totally confused. After playing with the letter M, Medium created a logo with three ellipsis that brought a lot of confusion as to what they are supposed to represent.

Thanks for taking the time to read our Sunday Rundown #49. If you have a story that you want to see in this series, reply to us below or contact us.