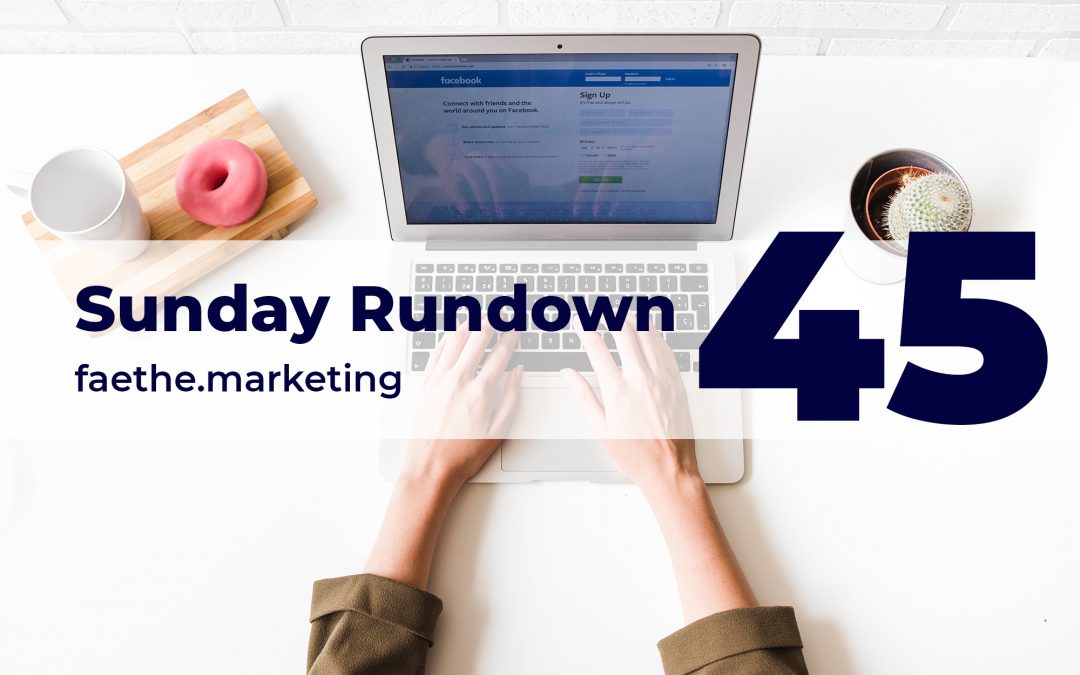 Sunday Rundown #45 is on its way to you! It is a short yet very interesting one with the freshest news we compiled just for you.

Earlier this month, the European Union privacy regulator sent a preliminary order to Facebook which called for it to suspend data transfers about its EU users back to the US. According to the order, EU officials are increasingly concerned about potential surveillance practices by the US Government. In detail, they are looking to limit such by restricting the flow of user information.

That would essentially force Facebook to keep EU user data in Europe, and implement new restrictions on data-sharing between nations. Which, of course, would be expensive, restrictive and would make things increasingly complicated for The Social Network.

And now Facebook has issued an official response, saying that, if such rules are implemented, it may be forced to stop operating both Facebook and Instagram in Europe entirely.

If the decision is upheld, “it is not clear to [Facebook] how, in those circumstances, it could continue to provide the Facebook and Instagram services in the EU,” said Yvonne Cunnane, who is Facebook Ireland’s head of data protection and associate general counsel.”

LinkedIn launches Stories, plus Zoom, BlueJeans and Teams video integrations as part of a wider redesign

LinkedIn is taking the wraps off a new redesign of its desktop and mobile apps, its first in four years. Within that, LinkedIn is introducing several new things.

First and foremost, starting in the US and Canada and then expanding globally, LinkedIn is rolling out its own version of Stories — the popular, ephemeral video and photo narratives that have become a major engagement engine on Snapchat, Instagram and Facebook. It is also updating its direct messaging service with several new features like video chat. Lastly, it has rebuilt its search feature to net in a wider set of parameters.

Google said in April it would allow unlimited-length meetings in its Google Meet video chat platform for all users until September 30th, and it looks like the company is sticking with that timeline. After September 30th, meetings on free versions of Meet will have a limit of 60 minutes. Under the extension, anyone with a Google account could create free meetings with up to 100 people, and with no time limit.

Thanks for taking the time to read our Sunday Rundown #45. If you have a story that you want to see in this series, reply to us below or contact us.