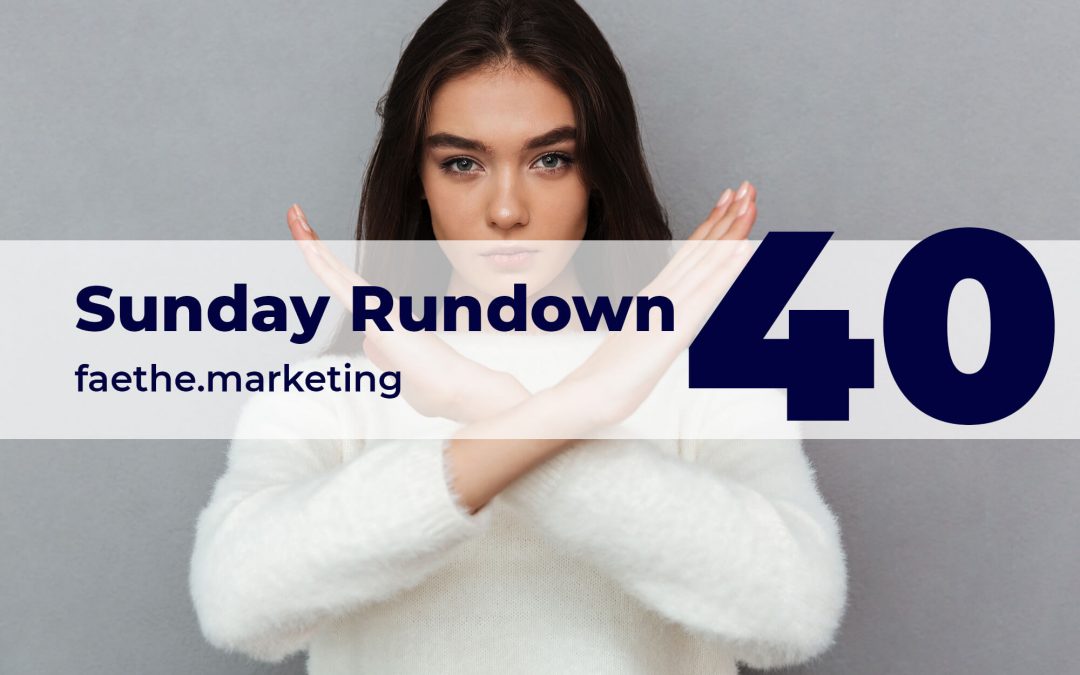 Good morning! Today’s one of those days when I have nothing to say in the intro. So I will get to the point straight away. Enjoy Sunday Rundown #40 🙂

Trump will ban TikTok and WeChat in the US

President Donald Trump on Thursday issued executive orders that would ban the social media app TikTok and WeChat from operating in the US in 45 days if they are not sold by their Chinese-owned parent companies.

Thursday’s order alleges that TikTok “automatically captures vast swaths of information from its users,” such as location data and browsing and search histories, which “threatens to allow the Chinese Communist Party access to Americans’ personal and proprietary information — potentially allowing China to track the locations of Federal employees and contractors, build dossiers of personal information for blackmail, and conduct corporate espionage.”

Scammers are already making profits off of fake views on Reels

Fake views on Reels, Instagram’s new short-form video feature, launched on August 5, were being offered for sale just hours after it launched.

One botnet manager already got orders from around 80 people booking 11 million views on Reels. The manager declined to say how much money they gained for those views, though did say their overall business selling engagement on Instagram was “enough for a good car and a decent home.” He charges $5 per 1,000 views on Reels, up to a maximum of 500,000 views, and $15 per 1,000 likes on Reels. WHAAAAAT?

Microsoft surprised us with a new smartphone

Last fall, Microsoft surprised everyone when it announced the Surface Duo. Following months of development, Microsoft is finally ready to release the Surface Duo for real, and after learning more about it, I feel like the Surface Duo is so much more than just a dual-screen gadget or even Microsoft’s first Android phone. This phone feels like it creates a whole new and exciting branch in smartphone evolution.

The Surface Duo is available for pre-order for a whopping $1,400, with its official release slated for September 10.

Thanks for taking the time to read our Sunday Rundown #40. If you have a story that you want to see in this series, reply to us below or contact us.