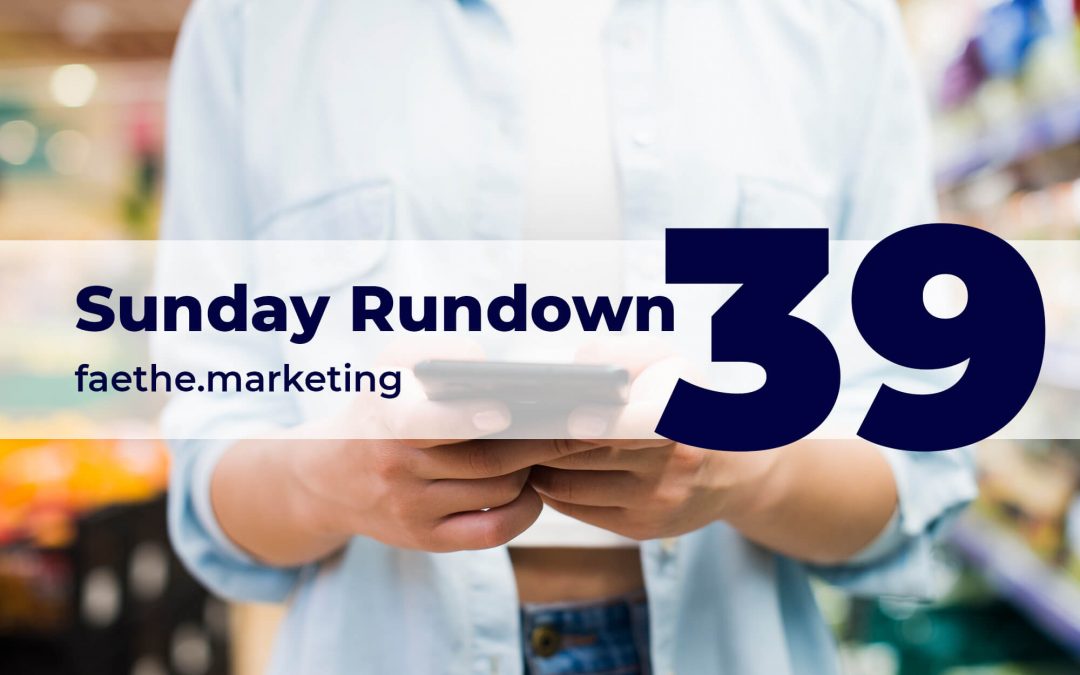 Sunday morning is for Sunday Rundown #39 🙂 Here are the latest updates we have for you!

Grocery apps get smart during the pandemic

Since March, the grocery industry has witnessed tens of millions of grocery app downloads. This translates to well over 100% growth for major names like Instacart, Shipt and Walmart. The new demand calls for new features that will enrich the user experience and make grocery shopping quicker and more seamless than ever.

The above mentioned apps and many others are trying to do exactly that in the past 5 months. And they are succeeding. Some are working on constantly updating their apps while others are developing entirely new ones.

The improvements we made to the app over the last few months, like our enhanced availability predictions, along with our new cart maximum functionality, help us set expectations appropriately, and create a seamless experience for customers, shoppers and retailers.

Over a three-month period dominated by the coronavirus pandemic and a slowdown in advertising, The New York Times Company for the first time reported quarterly revenue that owed more to digital products than to the print newspaper.

As much of its staff worked remotely, The Times brought in $185.5 million in revenue for digital subscriptions and ads during the second quarter of 2020, the company announced on Wednesday. The number for print revenue was $175.4 million.

The company added 669,000 net new digital subscribers, making the second quarter its biggest ever for subscription growth. The Times has 6.5 million total subscriptions, a figure that includes 5.7 million digital-only subscriptions. This puts it on a course to achieve its stated goal of 10 million subscriptions by 2025.

А key milestone in the transformation of The New York Times.

Google is banning junk food adverts from being shown to children on its platforms, including YouTube. The ban will come into force in the EU and the UK in October and will prevent ads for products that are high in fat, salt or sugar (HFSS) from being shown to under-18s.

Google will use its vast technological prowess to enforce a blanket ban on any unhealthy products being shown to children which are deemed unhealthy, including cakes, hot dogs and energy drinks. Companies wanting to use Google to advertise will have to declare if their product is high in HFSS. Failure to declare could result in taking down the adverts.

Thanks for taking the time to read our Sunday Rundown #39. If you have a story that you want to see in this series, reply to us below or contact us.