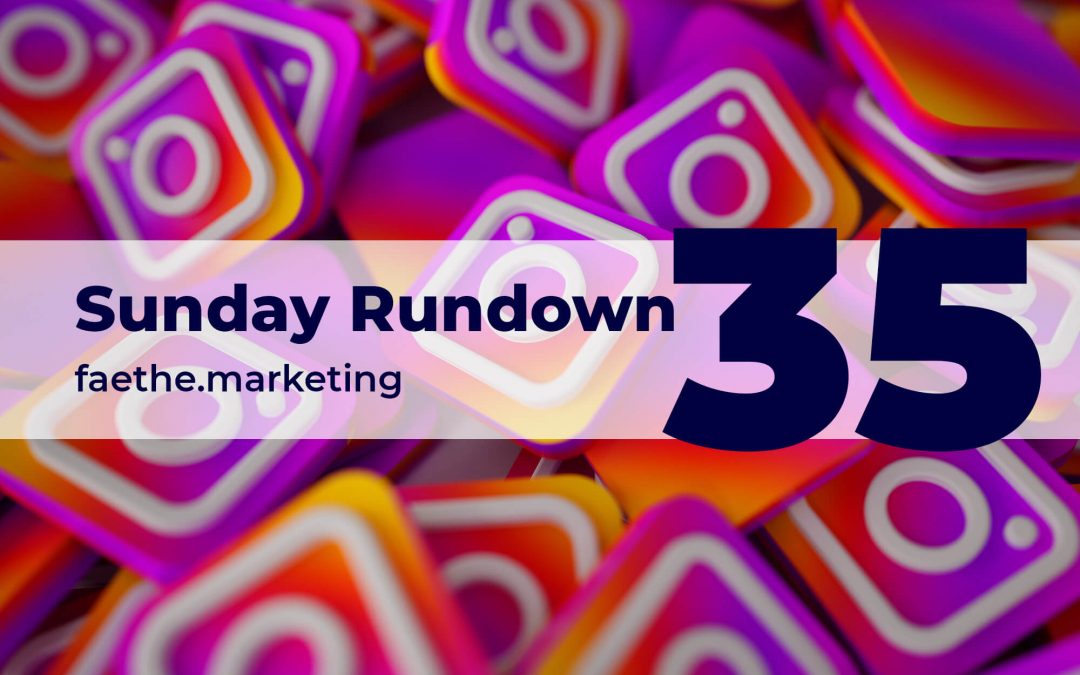 Extra! Extra! Read all about it! Here are the latest news in Sunday Rundown #35 🙂

A similar percentage of users now turn to Instagram for news as they do Twitter, according to new data from the Reuters Digital News Report. Some 11% of respondents across 12 countries said they used the image-sharing app for news. The number is almost double what it was in 2018, compared to the 12% who said they turn to Twitter for news. If Instagram becomes a destination for news, advertisers may need to be more careful with brand safety issues on the platform.

The United States is “looking at” banning Chinese social media apps, including TikTok, Secretary of State Mike Pompeo said Monday. Pompeo suggested the possible move during an interview with Fox News’ Laura Ingraham, adding that “we’re taking this very seriously”. Pompeo was asked by Ingraham whether the U.S. should be considering a ban on Chinese social media apps, “especially TikTok”.

“TikTok is led by an American CEO, with hundreds of employees and key leaders across safety, security, product, and public policy here in the US,” a TikTok spokesperson said in a statement following Pompeo’s comments. “We have no higher priority than promoting a safe and secure app experience for our users. We have never provided user data to the Chinese government, nor would we do so if asked.”

Tinder becomes a top-grossing app during a pandemic

According to the statistics provided by Sensor Tower, these last few months Tinder comes in third place, right after TikTok and YouTube and before Netflix and Disney+. In June 2020, TikTok is a top-grossing non-game app worldwide with more than $90.7 million in user spending, 8.3 times its revenue in June 2019.

Amid concerns over freedom of expression online and user privacy, the Brazilian Senate has passed a bill that sets out provisions to tackle the production and spread of disinformation and defamatory content on the Internet. The bill aims to create self-regulation for platforms with more than 2 million users, who would be responsible for creating their own rules and mechanisms to clearly identify content that could be considered false.

Thanks for taking the time to read our Sunday Rundown #35. If you have a story that you want to see in this series, reply to us below or contact us.