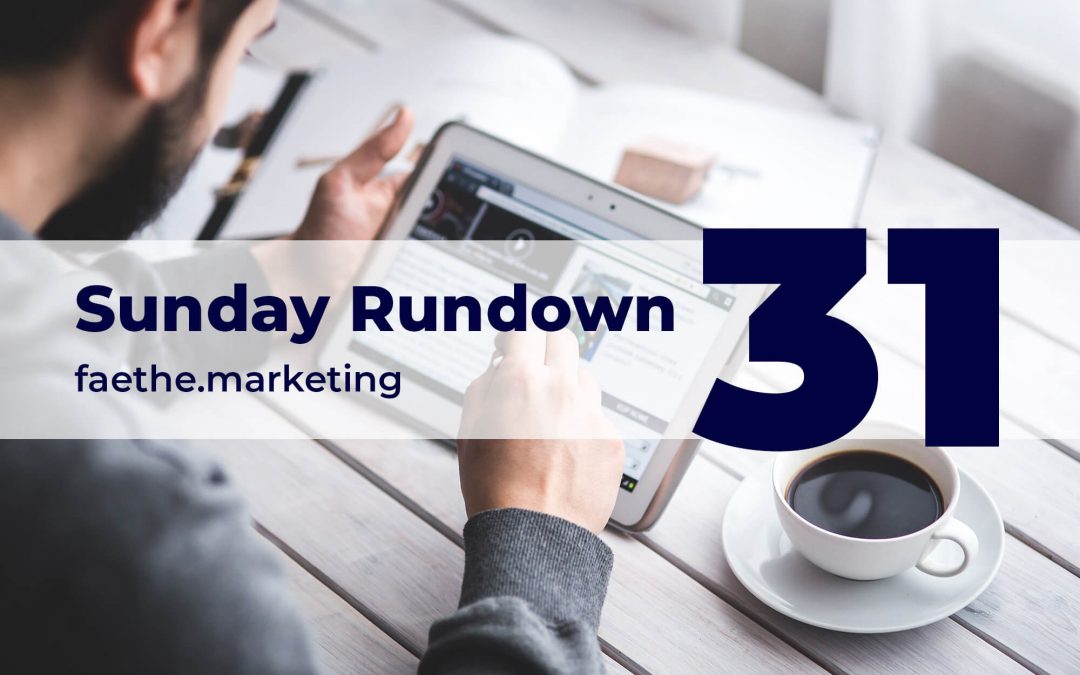 Today’s Sunday Rundown #31 has loads of different news. I am sure you will find something that appeals to you so just scroll down and keep on reading.

Facebook has begun labelling media outlets that are “wholly or partially under the editorial control of their government,” following an announcement of the policy in 2019. It will start labelling ads from these outlets later this year. Facebook will also ban state-controlled media from advertising inside the US.

The company is labelling these pages because “they combine the influence of a media organization with the strategic backing of a state, and we believe people should know if the news they read is coming from a publication that may be under the influence of a government.”

Facebook labels “state-controlled media” outlets based on a variety of factors. These factors include information about their ownership and funding, the level of transparency around their sources. Moreover, the factors include information about the existence of accountability systems like a corrections policy. Outlets can appeal with evidence that they operate independently. Otherwise, Facebook will add a notice to the outlets’ pages worldwide.

Newsweek, as the name suggests, is a news site currently being sued for copyright infringement. Newsweek embedded a photographer’s Instagram post without express permission. The publication defends its actions saying permission is not required because the photo was embedded rather than being uploaded directly. As a result, site owners may need to ask permission from the user to embed their Instagram photo.

TikTok pledges to promote black creators after accusations of censorship

TikTok on Monday laid out a series of actions it plans to take to address criticisms that its recommendation algorithm suppresses black creators.

These steps include launching what it calls a “creator diversity council” aimed at “recognizing and uplifting the voices driving culture, creativity, and important conversations on the platform,” the company wrote in a blog post. TikTok says it will also reassess its moderation strategies. Furthermore, they will build out a new “user-friendly” appeals process. Finally, they will develop a new creator portal for expanding communications and “opportunities for our broader creator community.”

Twitter aims to limit people sharing articles they have not read

Twitter is introducing a prompt asking Android users if they really want to retweet a link that they have not tapped on.

Twitter’s solution is not to ban such retweets, but to inject “friction” into the process. This way, Twitter hopes to nudge some users into rethinking their actions on the social network. It is an approach the company has been taking more frequently recently. All in an attempt to improve “platform health” without facing accusations of censorship.

Britain is pushing the United States to form a club of 10 nations that could develop its own 5G technology and reduce dependence on China’s controversial telecoms giant Huawei.

Prime Minister Boris Johnson draw up plans to cut Huawei out of the network by 2023 as relations with China sour. Meanwhile, Britain has allowed the Chinese global leader in 5G technology to build up to 35% of the infrastructure necessary to roll out its new speedy data network.

Thanks for taking the time to read our Sunday Rundown #31. If you have a story that you want to see in this series, reply to us below or contact us.