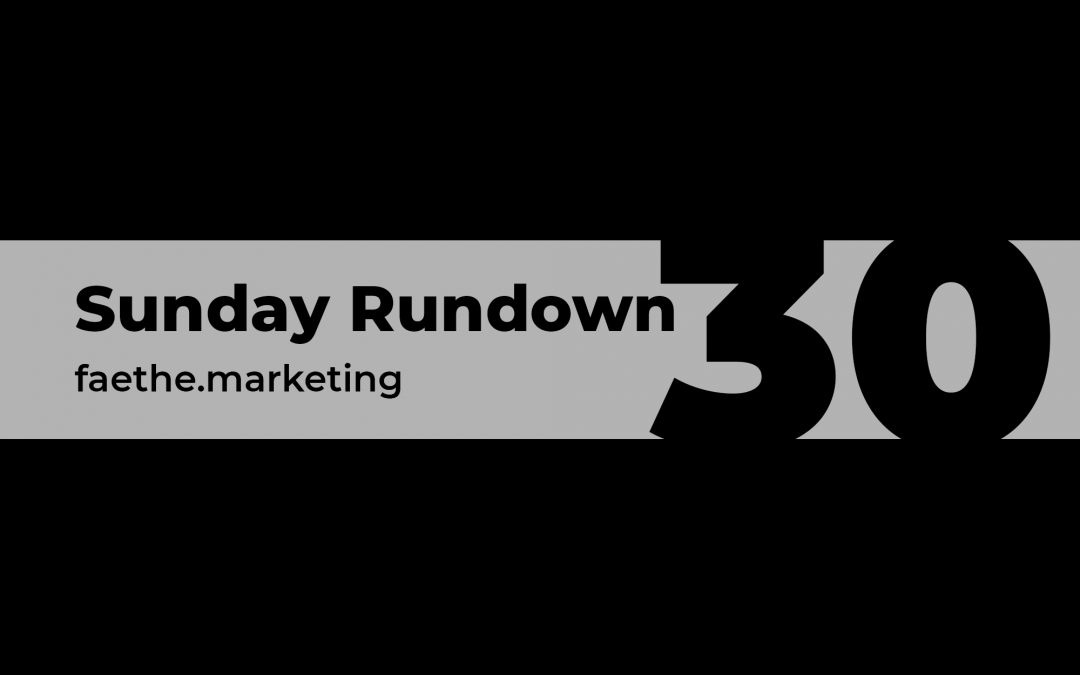 This week, global news revolved around the protests in the United States and many other countries. This Sunday Rundown #30 we start our news from there.

On Tuesday, many companies and social media users shared a black image on their profiles as a sign of support for those protesting across the United States in the battle against racial injustice. The call has transformed in a larger movement, among individuals and companies seeking to respond to the killing of George Floyd and other black Americans at the hands of police. On Monday, 10 Viacom media outlets, including Comedy Central, MTV and CMT, marked the day with an eight-minute-and-46-second screen featuring the words “I Can’t Breathe,” accompanied by the sounds of struggle.

Can brands say anything about racism?

Google is being sued for private browsing violations

Another one in the series of lawsuits that Google is facing on a daily bases. This time, the company is facing a class-action lawsuit for allegedly tracking private browsing activity. We all know this is not private browsing, but there you go.. someone had the courage to file a lawsuit in the hopes of making a fat check out of it.

Thanks for taking the time to read our Sunday Rundown #30. If you have a story that you want to see in this series, reply to us below or contact us.