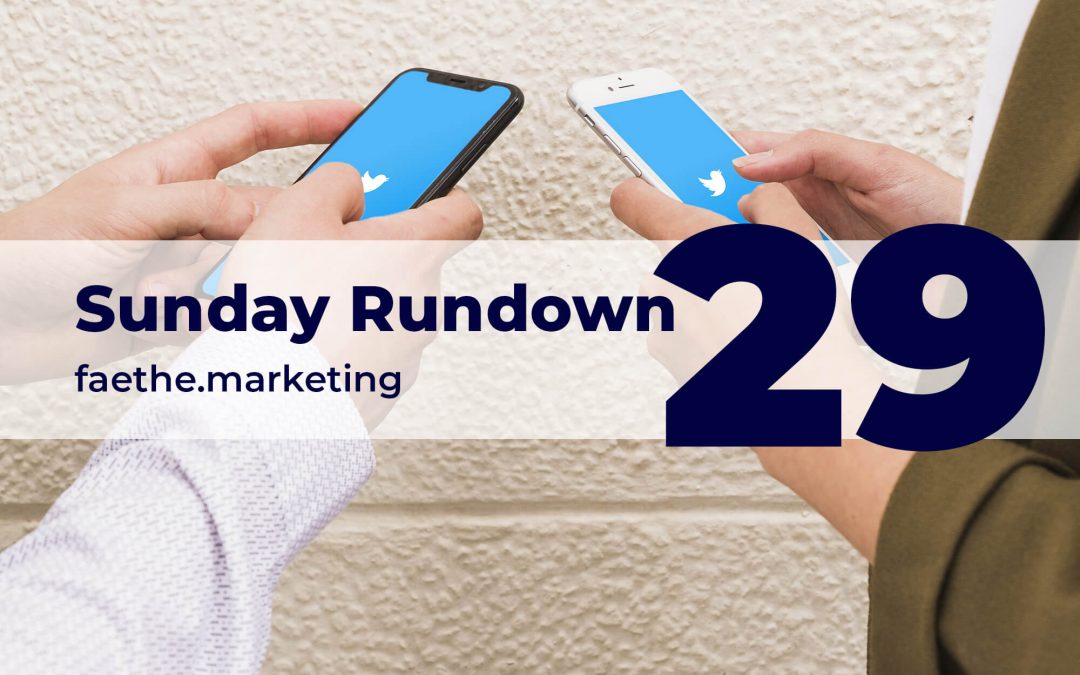 This Sunday Rundown #29 is going to be a little sleepy, just like me all week.. But let us think positively.. We finally have some good news for all the phone addicts!

As soon as I opened my eyes, the first news I read about was actually this! Until now, the app did not have a scheduling option so this will come in hand for all the on-the-go marketers, like me. The only thing I do not like is that you cannot schedule posts with multiple pictures. 🙁

Twitter fact-checks Trump, but will it do any good?

When Twitter said earlier this month that it was making some changes to “limit the spread of potentially harmful or misleading content” by adding warning labels to tweets, one of the most obvious questions was whether the company would apply the labels to Trump’s various misinformed tweets.

On Tuesday, we got the answer, when labels were added to two tweets posted to Trump’s account on the topic of mail-in voting ballots. The labels appeared just below the text of the tweet, with a hyperlink that said “Get the real story on mail-in voting.”

The move was greeted with cheers in some quarters, while Trump and his supporters — including his son Donald Jr. — angrily tweeted about how the company was clearly trying to manipulate public opinion in advance of the federal election. Trump even promised to “strongly regulate, or close them down,” despite an obvious lack of any federal ability to do this.

What do you think about Trump’s reaction? Should there be freedom of speech on social media? Double-edged sword.

Google is introducing a new ranking signal, which combines Core Web Vitals with existing user experience signals, to improve the way it evaluates the overall experience provided by a page. This new ranking signal is in the early stages of development and will not launch until at least next year.

To help site owners prepare, Google has provided an early look at the work being done so far.

Renowned social media commentator Matt Navarra got a scoop from Jacki Pitkow regarding the latest Instagram features. He took to Twitter to share a couple of sneak peeks at the new camera features that Instagram is highlighting for its stories!

Let’s discuss the new features one-by-one. Firstly, “Clearer Navigation” will allow you to easily switch between creating a story or going live. The second new feature a.k.a. “Easier Access to Tools” suggests that commonly used creative tools such as Boomerang, Create, Layout, etc. will now be a part of a new side menu to ensure their easy access.

The third feature, “Adapts to You” is undoubtedly the most interesting out of the batch. Courtesy of this feature, the camera (as you continue using it) learns about the tools you prefer and keeps those in view.

We have to admit that all of these features sound quite intriguing. It will be interesting to find out over time how Instagram users react to these.

Thanks for taking the time to read our Sunday Rundown #29. If you have a story that you want to see in this series, reply to us below or contact us.