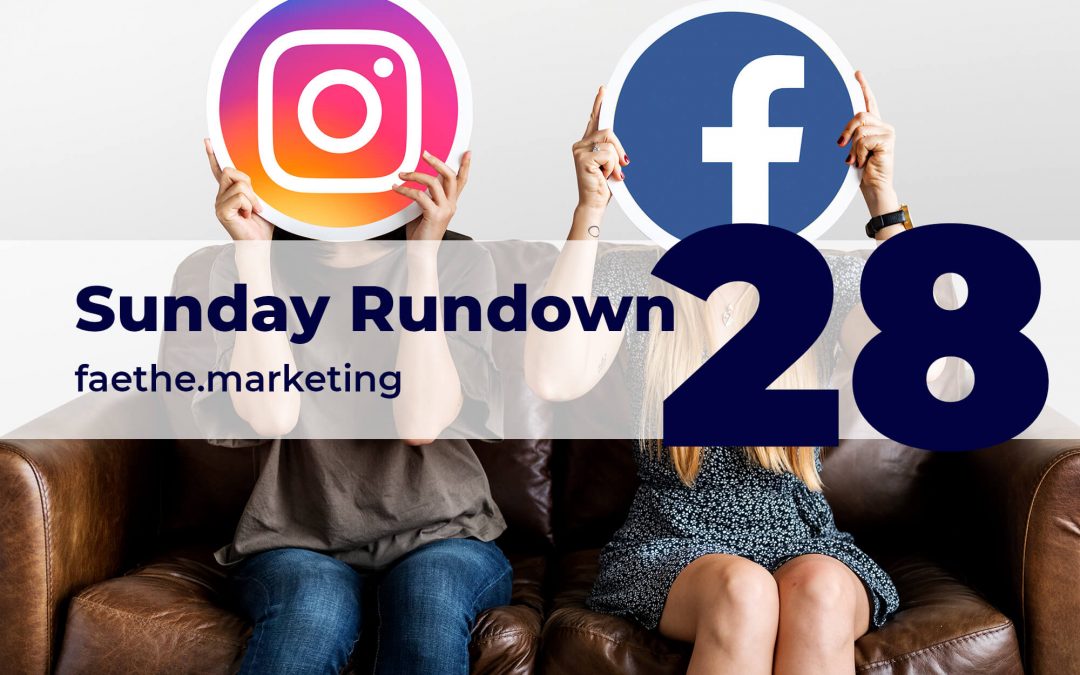 If you have not yet made and shared your avatar on Facebook this week, you can continue reading our Sunday Rundown #28 🙂 For the rest.. no comments.. you know best…

You can now browse and buy products directly from a business’ Facebook Page or Instagram profile. In a Facebook Live session on Tuesday, CEO Mark Zuckerberg described this as a way to help businesses suffering in the wake of COVID-19, though he acknowledged it will not “undo all the economic damage.”

As part of this announcement, Facebook is partnering with Shopify, BigCommerce, Woo, Channel Advisor, CedCommerce, Cafe24, Tienda Nube and Feedonomics. Merchants will be able to use these third-party platforms to manage their Facebook Shops, as well as the ads tied to those Shops.

Giphy will maintain its own brand presence, with its own library of GIFs, and Facebook assures users that they will still be able to upload GIFs and that developers and other API users will continue to have the same access to Giphy content as before.

Joe Rogan has signed an exclusive deal with Spotify, which will see his podcast, The Joe Rogan Experience, disappear from all other platforms. The multi-year deal is believed to be worth $100m (£82 million), according to the Wall Street Journal. The kind of figures involved in the deal are incredibly rare in the podcast world – and Rogan will now likely earn more money than most musicians on Spotify.

“It will remain free, and it will be the exact same show,” said Rogan. “It’s just a licensing deal, so Spotify won’t have any creative control over the show.”

On Wednesday, Twitter acknowledged that it has begun testing a new setting that lets users limit who can reply to tweets. The setting was first noted earlier this year. Similar to Facebook’s post view settings, the current implementation features a small glove icon in the corner. Tapping on it brings up a “Who Can Reply?” window.

From there, users can pick from one of three options: Everyone, People You Follow and Only People You Mention. If you opt for either of the latter, the reply function will be greyed out for all who don’t fit the description. They can view, like and retweet the thing, but they won’t be able to reply directly to the sender. The thread itself will also acknowledge that replies are limited.

Thanks for taking the time to read our Sunday Rundown #28. If you have a story that you want to see in this series, reply to us below or contact us.