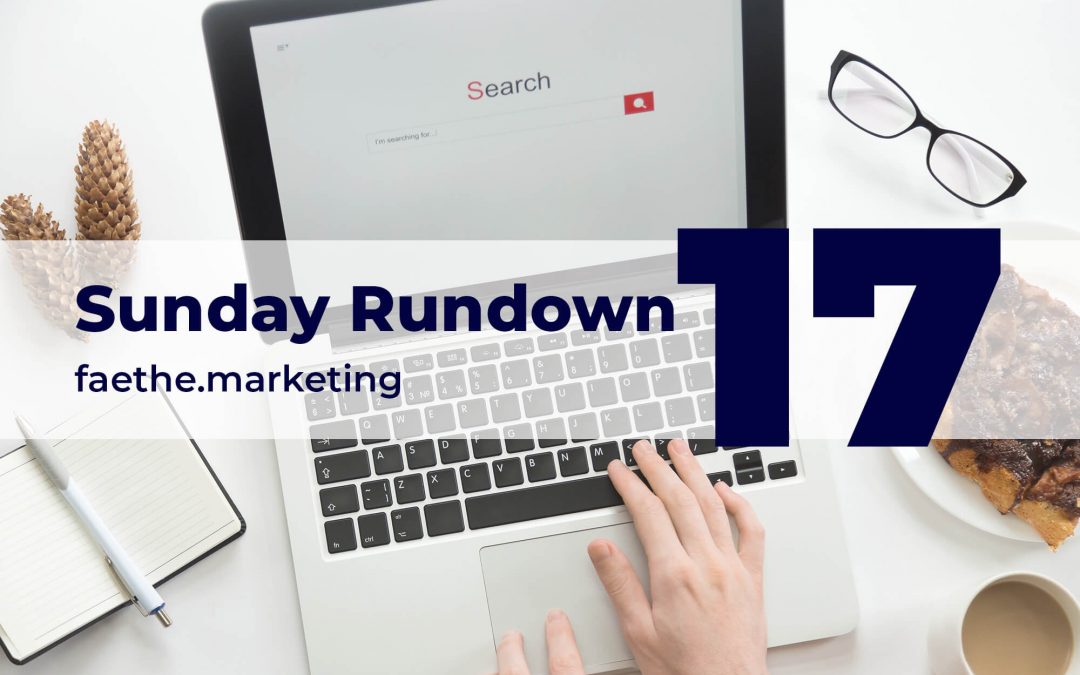 Get something to drink, maybe some snacks, and enjoy our Sunday Rundown #17!

Potential changes to the .org domain

There has been a lot of news in the past two months regarding the changes in ownership of the .org domain. The Public Interest Registry, the organisation that has been in charge with this domain since 2003, in November of last year revealed that private equity under the name Ethos Capital wants to buy it for $1.135 billion.

What would this mean? Apart from the irony of a private company managing a system designed to help NGOs, it is not really clear. The firm will obviously want to make some profits which in turn means that it will probably make it harder for organisations to maintain their websites.

There is also the possibility that Ethos will make deals with corporations that want to shut down websites for copyright reasons or governments that want to censor NGOs that critique their work.

Interview with Sundar Pichai, CEO of Google and Alphabet

Sundar Pichai, the 46-year old CEO of Google, also became CEO of its parent company, Alphabet. Larry Page and Sergey Brin, co-founders of Alphabet, in December of last year said they are stepping away from the day-to-day business.

Fortune did an interview with Pichai, the first long interview ever since he became CEO of Alphabet. Journalist Lahinsky asked a lot of the questions that you would expect a journalist in his position to ask. But Pichai’s answers gave away very little information.

I can somewhat understand Pichai. But journalists have the obligation to point out in real-time when someone’s trying to dodge a question. The solution, as always, is to talk to people that know the things you want to know. And that begins when you face the fact the CEO does not have a monopoly over the knowledge, and if he does know something useful, he will most probably try his best to avoid saying anything.

Why the best developers put their customers first

Facing the ever-growing competitors Apple and Google, Microsoft released what they thought was ‘the next big thing’: Windows 8. After all their efforts and innovation to make this product successful, people kept saying that the new OS is confusing and hard to use. And I personally agree.

Windows 8 is a classic study of inside-out thinking. The engineers were convinced that they know what their customers want, which resulted in very few people outside of the engineering team giving input. Under the pressure to constantly produce new and innovative products, a lot of companies use the inside-out approach. That is when engineers make future products in a vacuum.

So the question is: how to tech companies define their brand and their strategy outside-in? Harvard Business Review talks about three fundamental steps that leaders must take. An interesting post that I strongly recommend you read it.

What does 5G mean for web designers?

The last news on our Sunday Rundown #17 is about the hype that surrounds the launch of the new 5G mobile connectivity.

As a web designer it is up to you to see how 5G affects the way users search on the internet. Webdesigner Depot published a great article with advice on how to get ready for the fifth generation of mobile browsing.

Thanks for taking the time to read our Sunday Rundown #17. If you have a story that you want to see in this series, reply to us below or contact us.