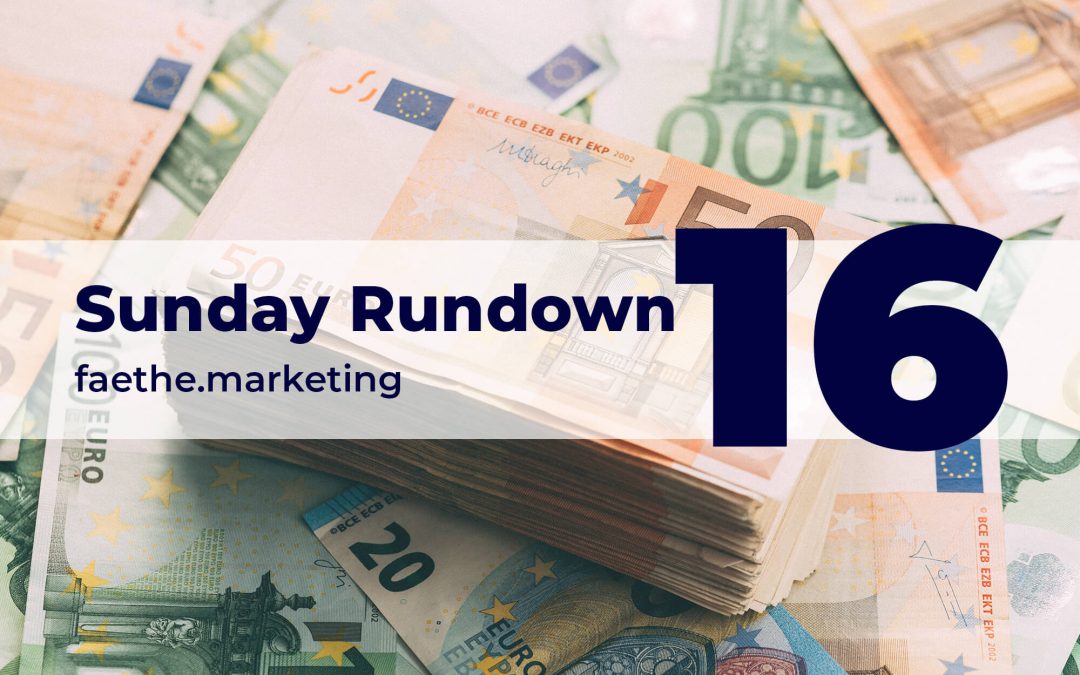 Another Sunday night perfect for catching up with the latest news from the digital world. Enjoy Sunday Rundown #16!

The French government will be scanning social media for tax evasion

The first news on our Sunday Rundown #16 could possibly affect all countries.

Customs and tax officials in France will be allowed to review users’ profiles, posts, and pictures for evidence of undisclosed income. In its ruling, the court acknowledged that users’ privacy and freedom of expression could be compromised, but it applied caveats to the legislation. It said authorities would have to ensure that password-protected content was off-limits and that they would only be able to use public information pertaining to the person divulging it online.

Facing growing scrutiny over censorship and security concerns, TikTok is borrowing a few pages from a playbook now standard at many American tech giants. All in an effort to earn the trust of US users and lawmakers. The Chinese-owned video app said in October it would invite outside experts to review some of its content moderation policies. Just as Facebook and YouTube have in the past.

TikTok’s transparency report shows that from January 1 to June 30 of 2019, the platform received no takedown or user information requests from China, where the app isn’t available, but where its parent organization is headquartered.

The newest objects of teen crushes don’t sing — that is unless you count lip-syncing. They don’t act unless acting includes contorting one’s face into a smoldering pout. They do dance, with varying degrees of talent, but even that isn’t what they’re really famous for.

They’re e-boys, and they’re quickly becoming part of an industry with the potential to rival the boy bands of yore. E-boys and e-girls, the subculture of young, hot, and online teens who went viral last year on TikTok, are known mostly for making irony-steeped videos of themselves in their bedrooms wearing tragically hip outfits composed of thrifted clothes. Now they’re breaking out of the internet and scoring lucrative deals in the fashion and entertainment spheres.

The last news on our Sunday Rundown #16 is pretty interesting.

Google’s previous practices of setting itself as the default search provider on its own operating system were ruled illegal under EU antitrust rules. As a result, Google was hit with a record-breaking $5 billion fine. Now, Google has to change its practices. It will have to prompt users to choose their own default search engine when setting up a European Android device that has the Google Search app built-in.

When Android users in the EU boot up a new device they will be presented with three Google alternatives to choose from as their default search provided. DuckDuckGo will be at the top of the list in all countries. It will be interesting to see what impact this change has on search engine market share in the EU. If there’s any change at all. Users can, of course, continue to choose Google as their default if that’s what they prefer.

Thanks for taking the time to read our Sunday Rundown #16. If you have a story that you want to see in this series, reply to us below or contact us.