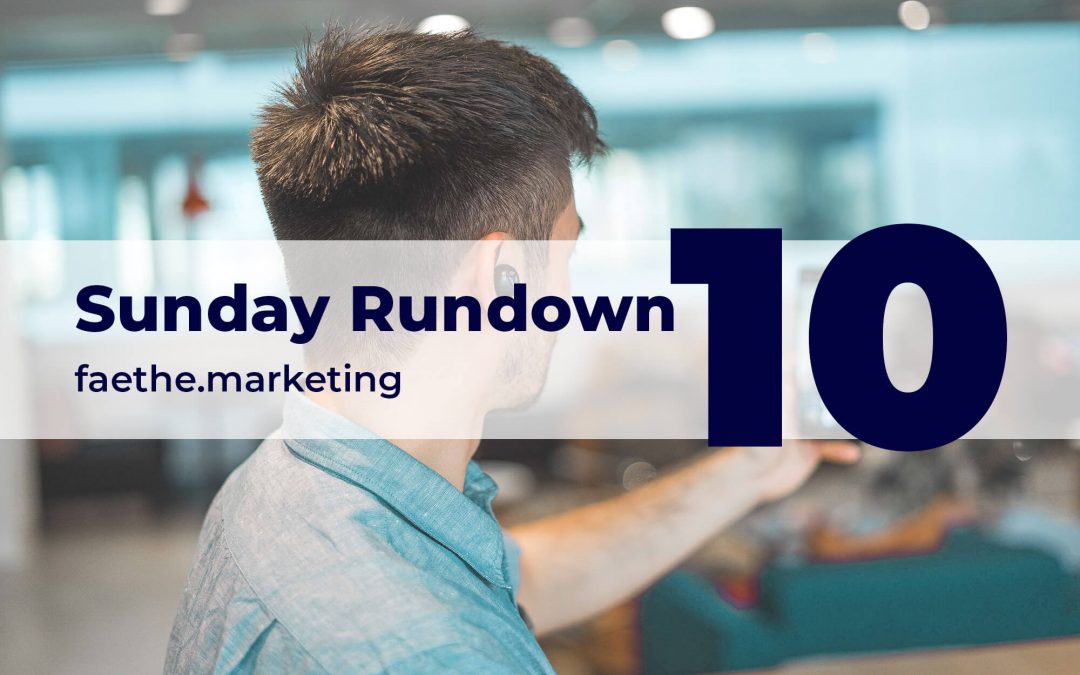 Yes, you guessed it right.. The day of the week has come for Sunday Rundown #10!

Our headliner for Sunday Rundown #10 is TikTok testing out links in bios.

With more than a billion users on its platform, TikTok is looking for ways for it and its users to monetize their audiences on the app. That is why TikTok has begun a limited test of a feature that lets users add link to their bios and posts. These links direct audiences to products or services that they can purchase directly from the videos.

TikTok getting into the game of shoppable videos is an important signal for its ambitions, at least in the US, where this test has been rolling out. Imagine it becomes really easy to make money on TikTok. We will see more creators flocking towards the app.

A little over two weeks ago Twitter announced a ban on political ads. This week that ban came into effect, and the rules are surprisingly simple. No political content as they define it may be promoted. This includes candidates, parties, government or officials, PACs and certain political nonprofit groups are banned from promoting content altogether.

The idea intended to be made manifest in these policies is that political message reach should be earned, not bought, as Twitter puts it. It is hard to argue with that (but Facebook will anyway). The new policy applies globally and to all ad types.

It is important to make clear at the outset that Twitter is not banning political content, it is banning the paid promotion of that content. Every topic is fair game and every person or organisation on Twitter can pursue their cause as before.

Remember how when you are watching a video in full-screen on the Facebook app and scroll down, you see videos recommended by Facebook? Well, you might soon get a similar experience for photos as well, since the company built “Popular Photos”. Basically, an in-app Instagram.

With the Popular Photos feature, you will see more pictures from your friends and other public posts by scrolling down. The photos will be curated for you by Facebook’s algorithm, thus giving you an Instagram feed-like experience.

I wonder how Instagram’s team feels about its parent company building a direct competitor?

Instagram began testing hiding likes for users in the US

The last news on Sunday Rundown #10 is about Instagram testing hiding likes in the US.

Instagram’s hidden like counts test has sparked much debate in the social media industry. Some see it as a major win for platform health, while others question the impacts it will have on engagement, influencer marketing, etc.

The shift had influencers, artists, celebrities and everyday users up in arms. Nicki Minaj even said she would stop posting on the platform, after Instagram chief Adam Mousseri announced at the WIRED25 Conference in San Francisco that they will extend its test to the US.

Instagram “turning against” Like counts could start a larger shift in the social media industry towards prioritising more qualitative enjoyment of sharing, instead of obsessing over the quantification of validation.

Thanks for taking the time to read our Sunday Rundown #10. If you have a story that you want covered in this series, reply to us below.