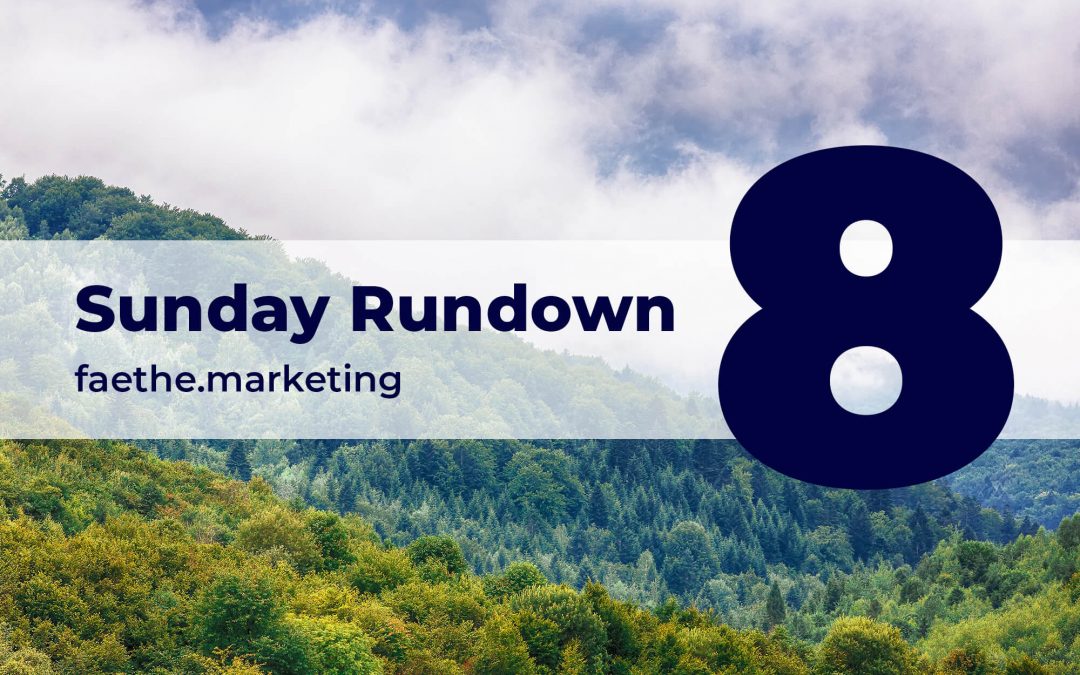 We mark the end of this week with a viral initiative and some big news that will affect a lot of people. It is time for Sunday Rundown #8!

Our headliner for Sunday Rundown #8 is the viral initiative #TeamTrees.

#TeamTrees is a project led by Youtube phenoms Mr. Beast (real name Jimmy Donaldson) and Mark Rober with the end goal of planting 20 million trees by January 1st, 2020. In collaboration with the Arbor Day Founation and more than 600 other YouTubers – among which are PewDiePie, Jacksepticeye, Shane Dawson, Jeffree Star, Joey Graceffa and Rhett & Link from Good Mythical Morning – there are over 12 million trees planted as of writing this blog post.

This all started when fans of Mr. Beast challenged him to plant 20 million trees to celebrate passing 20 million subscribers back in May. Looking for ways to make this possible, #TeamTrees was born. With every dollar donated, the foundation will plant a tree in forest of high need. The trees will be planted across all continents that are not the Antarctic.

This is the biggest collaboration in YouTuber history and beyond to increase awareness around the impact that the human species has had on the planet. And that makes me so very happy!

We made our contribution, now it is your turn! Head on over to www.teamtrees.org and join the initiative.

The announcement comes at a time when Facebook is under a big pressure over the fact that they exempt ads by politicians from third-party fact-checking. Basically, after it has become public knowledge that Facebook protects powerful politicians. The timing on this ban means that it will be active for the UK snap election.

Facebook says that they are making these changes to make the names clearer and more consistent. Given that there will be no actual impact on the ads, these changes should not cause any problems. As always, that depends on the way you use the video metrics, which aspects relate to your own reporting, etc.

The option ‘Incognito mode’ for Google Maps was first discussed at Google I/O conference back in May. The idea is, same as on Google Chrome, this option allows you to search and run routes without them automatically being linked back to your account history.

After a little over 5 months, Google began rolling out the option to Android users. If you are still not seeing it, do not worry. Google says that ‘Incognito mode’ will be available for all Android users over the next few days.

Thanks for taking the time to read our Sunday Rundown #8. If you have a story that you want to see in this series, reply to us below or contact us.