Sunday Rundown: The Era of Big Podcasting is back 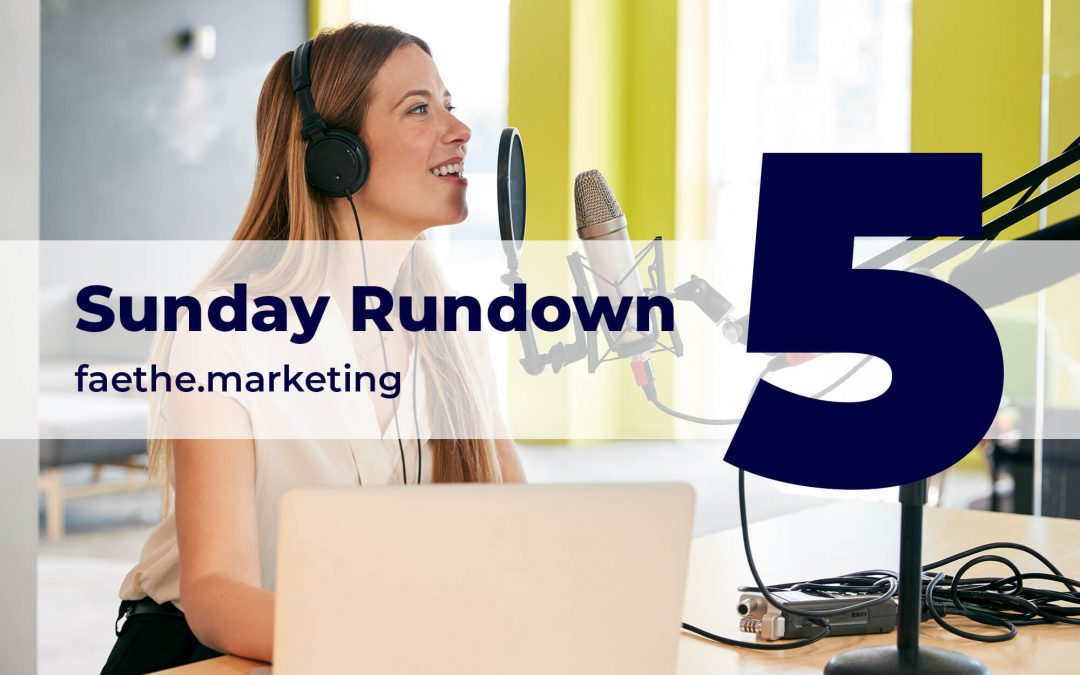 We are coming at you with Sunday Rundown #5, full of fresh new stories.

The Era of Big Podcasting

The first news on our Sunday Rundown #5 is about podcasts. A lot has happened in the brief history of podcasting (so far). What started as a quiet digital backwater is now increasingly growing in prominence, drawing the attention of audiences and moneyed interests alike. In all probability, the medium is heading into a future where it firmly becomes part of the broader entertainment industrial complex. And the story of how we go here can be told via two major turning points: The first was everything that happened before and after 2014. The second turning point is happening right now. This is a very interesting article by Vulture that I recommend you read it.

This week Facebook released two new tools designed to help businesses. And right on time for the Christmas holidays, given that most Americans start shopping as early as October. In detail, the first tool is a new set of templates for Stories. The templates are simple, visually effective options that can be edited to fit your own product/service offering. You can view them via Facebook Ads Manager and Facebook has even made a step-by-step guide on how to use them.

Facebook also noted that the tools will roll out gradually, so if you are not seeing them now, you will in the near future.

Most Americans get their news from social media

Even though most Americans read the news on social media, they also say that the big platforms have too much control over them. According to a study by Pew Research Center that came out on Wednesday, the respondents say that too much control results in a “worse mix of news” for users.

Both Democrats and Republicans worry about the power that social media has over the news. The Republicans are a bit more skeptic, which is probably not surprising considering that Republican politicians including Donald Trump have repeatedly demagogued the issue, claiming that platforms like Facebook and Twitter systematically censor conservative news. Even so, the number of Americans that get their news from social media is increasing. Facebook is in the lead with 52%.

The last news on our Sunday Rundown #5 is about Twitter. Twitter has returned to the Mac with the debut of a new Catalyst-powered app for macOS Catalina, launched on Thursday. Twitter had been one of the more highly anticipated Catalyst apps to arrive, not only because of how it was created, but also because Twitter had decided to kill off its Mac desktop client last year, telling desktop users to just use its website instead. The new Catalyst app is free and offers a consistent experience with the rest of the Twitter platform apps.

Thanks for taking the time to read our Sunday Rundown #5. If you have a story that you want to see in this series, reply to us below or contact us.