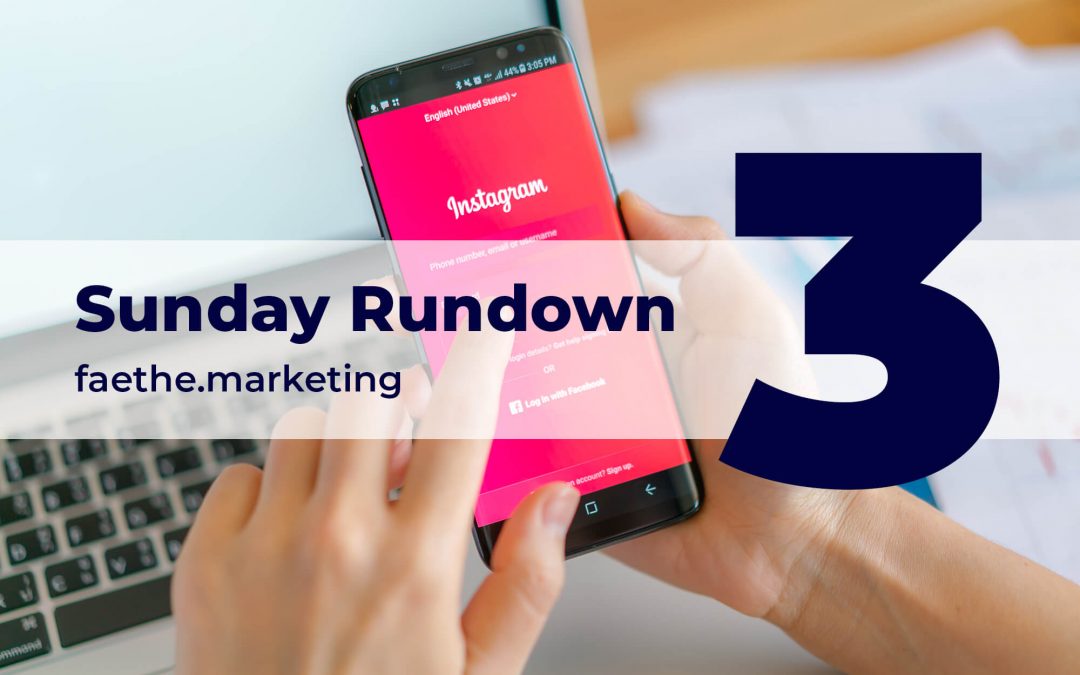 We mark the end of the week with Sunday Rundown #3.

After consulting with mental health experts, Instagram announced it will be implementing new restrictions on ads that promote diets and cosmetic surgeries. Apart from the restrictions, posts that promote diet shakes and supplements with “miraculous” effects will be removed from the platform. These changes may be “catastrophic” for lifestyle gurus and influencers that post about different kinds of shakes and supplements for losing weight. Nevertheless, the positive outweighs the negative. This is a good decision for Instagram and we can only hope that other platforms will do the same in the near future.

The first news on Sunday Rundown #3 is, yet again, about Facebook. This Friday Facebook officially begun testing hiding like counts in Australia. The creator of the post will be able to see the like counts, while everyone else will see “Name + others”. The testing is parallel with the one on Instagram. Facebook Pages that have a large following and usually more likes on posts than the average user would miss out on extra engagement and reach. Some influencers from Canada have already complained that they have less reach on their posts ever since Instagram started testing hiding likes. We will have to see how this will affect Facebook Pages.

Creators can now search and filter comments on YouTube

In order to make it easier for creators to find questions and separate comments by subscriber count, YouTube introduced an updated filtering system for managing comment sections. Creators can receive thousands of comments on their videos, making a robust filter system instrumental for engaging with viewers. The new filtering options include:

Samuel L. Jackson will lend his voice to Amazon Alexa

The last news on Sunday Rundown #3 is about Amazon Alexa. Interactions with Alexa will become more fun and a bit profane as the actor Samuel L. Jackson agreed to lend his voice to the virtual assistant. Amazon is using neural text-to-speech technology that can actually mimic Jackson’s voice, so you can really feel like you are getting the current weather forecast from Hollywood’s highest-grossing actor. Amazon also promised to use Jackson’s freedom of speech, while giving users the opportunity to turn swearing on or off. The option will be available for users by the end of this year.

Thanks for taking the time to read our Sunday Rundown #3. If you have a story that you want to see in this series, reply to us below or contact us.